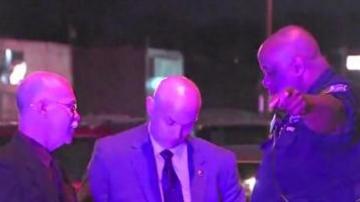 Officer Renn was a 22-year veteran of the Indianapolis Police Department.

Renn and another officer responded to a report of shots fired Saturday night.

A call then went to dispatchers that an officer was down.

"This is obviously a very difficult thing to accept.  We'll work through this, but right now this is a time for grieving," said Indianapolis Mayor Greg Ballard.

Officer Renn was awarded the Medal of Bravery in 2003.  He also received a letter of Commendation in 2012 for his work during the 2011 Indiana State Fair stage collapse.

The suspect has been identified as 25-year-old Major Davis Junior.