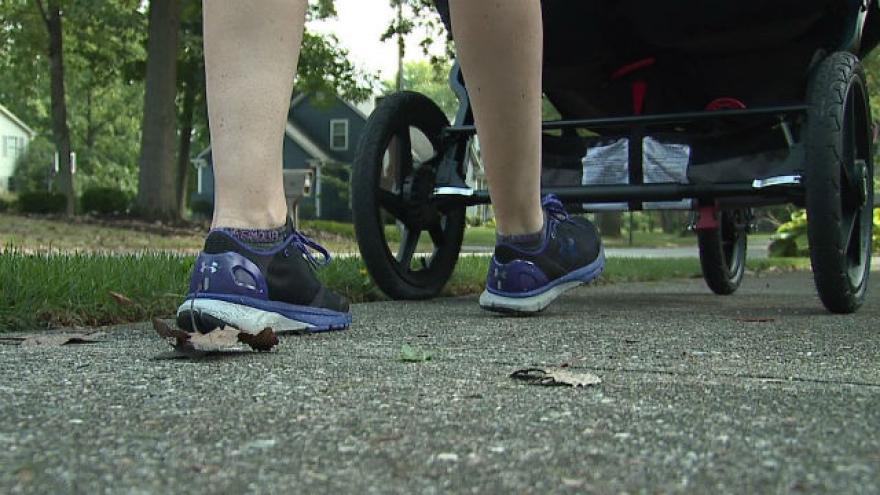 An Indianapolis mother was robbed at gunpoint while on a walk with her 7-month-old son. Photo courtesy WXIN

Indianapolis, IN (WXIN) -- An Indianapolis mother was robbed at gunpoint while on a walk with her 7-month-old son.

The terrifying encounter took place on the city’s north side near 71st Street and Allisonville Road in broad daylight. The victim says she was pushing her infant son in a stroller down the street when she was ambushed by a car that came to a sudden stop next to her.

An armed suspect pointed a gun out the passenger window and asked for the woman’s diamond engagement ring.

The victim said she froze for a second in shock before one of the two suspects repeated his demand.

“When I didn’t react, the guy got out of the car pointed the gun at me and said again he wanted the ring and the phone,” said the victim.

The victim quickly handed over her cell phone and her ring. She says the whole time she only wanted to make sure her 7-month-old son didn’t get hurt.

“I think I would have felt totally different if I were on my own, but with a baby it was more unbelievable that it could happen,” said the victim.

A witness said the suspects quickly sped away from the neighborhood in a maroon Monte Carlo with a tinted license plate cover.

“I don’t know what to think about these people, but it didn’t seem like their first time. They seemed quite comfortable,” said the victim.

IMPD officers patrolled the neighborhood on bikes today. Investigators tried to track the stolen phone, but the suspects quickly turned it off. The victim hopes people learn from the crime because it could happen to anyone at anytime.

“People need to be really aware of their surroundings, and I think women need to know they’re vulnerable when they have their hands full and children with them,” said the victim.

Neither the mother nor her 7-month-old son were hurt during the stickup, but as always, anyone with information on the case is asked to contact Crime Stoppers at 317-262-TIPS.