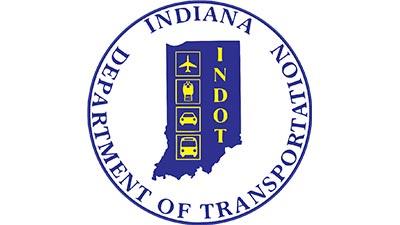 Dozens of communities across northern Indiana will receive a combined $51 million to improve local roads and bridges, announced the Indiana Department of Transportation Wednesday.

INDOT officials say funds for the improvements in 121 communities will come from the Community Crossing Matching Grant.

Lieutenant Governor Eric Holcomb and INDOT Commissioner Brandye Hendrickson, made the announcement while presenting a check to the mayors of LaPorte and New Haven.

“Few states have invested more in infrastructure over the last decade than Indiana and these Community Crossings grants are another way we demonstrate why Indiana is the Crossroads of America,” said Holcomb.

“Modernizing infrastructure is vital to fostering a prosperous economy. The infusion of funds from the State’s Community Crossings program means we can achieve more road improvements more quickly than otherwise possible, and LaPorte residents and business owners will soon see the impact of these dollars at work.” said Blair Milo, Mayor of LaPorte.

New Haven Mayor, Terry McDonald, also commented on the funds, “Investing in infrastructure results in smoother roads, better bridges and more sidewalks and trails. Beyond that, though, it results in a community better positioned to attract and retain jobs and a talented workforce.”

According to INDOT, portions of the grant will be given to Bremen, Elkhart, Goshen, Knox, Lakeville, Mishawaka, Nappanee, South Bend, Walkerton, and Warsaw.

The City of Elkhart has already announced how the money will be spent.

Elkhart Mayor Tim Neese says since July, a total of eight projects were submitted to INDOT to be taken into consideration.

The submitted projects were chosen based on road condition, traffic volume, traffic nature, and recommendations by the city’s Street Commissioner.

The estimated total for Elkhart projects is $2.1 million; half of the total is provided by INDOT.

The city says Second Street, County Road 6, Flora Avenue and Bryant Street, Middleton Run and Los Angeles, are some of the roads that will see improvements.

INDOT notes only 11 other communities received the maximum award of $1 million.