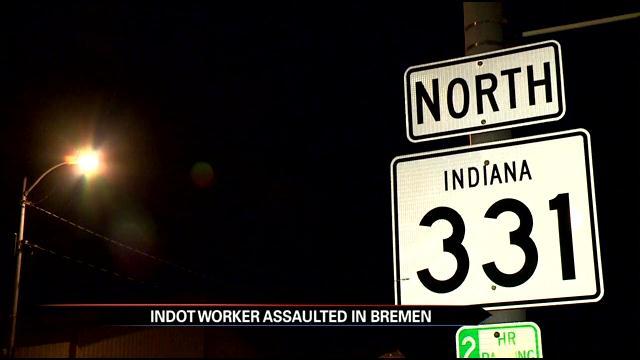 Indiana State Police are asking for the public's help, as they search for a man wanted for assault.  Friday, the suspect attacked an INDOT worker, who was doing construction in Bremen.

The construction worker was sitting in his truck during his lunch break, but that's when he saw a man drive around some barricades that were blocking the road.

Police say the suspect is a white man, about six feet tall, weighing about 250 pounds, in his 40's or 50's, and driving a red Ford truck,

If you know anything about this incident, you are asked to call Indiana State Police.