Indy 500 morning: Before the race 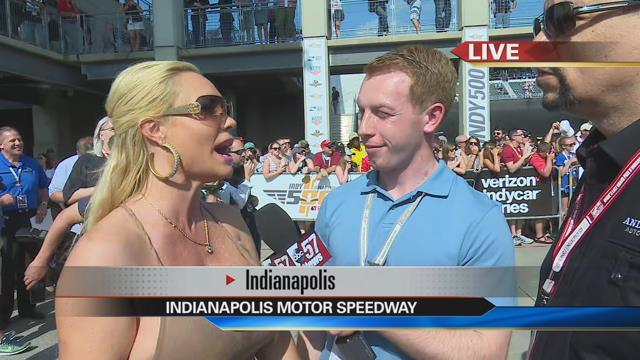 Before the big race, the official historian of the Indianapolis Motor Speedway discussed the legacy of the 500, and an impromptu live interview took place on the red carpet.

The speedway was packed all weekend long, with hundreds of thousands of fans waiting to witness a milestone.

The 100th running of the Indy 500 means a lot to the people who love the sport.

Speedway historian Donald Davidson said the race has been a spectacle ever since it started.

"They've sold out before, but they've never shut off general admission before [until now]," Davidson said. "That's a first. But the track had its trials and tribulations in the first couple of years -- 1909, 1910."

Davidson said many people are under the impression the speedway opened in 1911, when the first 500 was held, but it actually opened two years prior.

"But when they ran the 500-mile race for the first time, that was a huge success right from the beginning," he said. "And so, they've just built on that!"

More than 350,000 fans filled the speedway Sunday, serving as a reminder of its popularity and importance to people.

During Sunday morning's red carpet, rapper/actor Ice-T and his wife, actress and model Coco, talked about their love for the race in a live interview with ABC57's Taylor Popielarz. You can watch the interview in the video above.