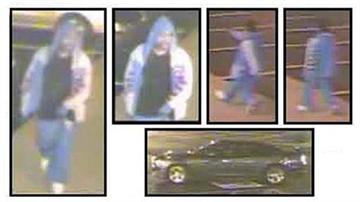 Police want to locate these two men in connection with a shooting at the Quality Inn in Indianapolis on October 4 at 5:40 a.m.

According to police, one of the males in the photos is wanted for a shooting in the parking lot of the Quality Inn. He is 25-30 years old, 5’2”, 130-150 lbs., with braided hair driving a gray Dodge Charger.

A man was in the passenger seat of the Charger and he appeared to have braided hair and was wearing a white t-shirt.

If you have any information, contact Michiana Crime Stoppers, Crime Stoppers of Central Indiana at Crimetips.org, or visit IndyUnsolved on Facebook.