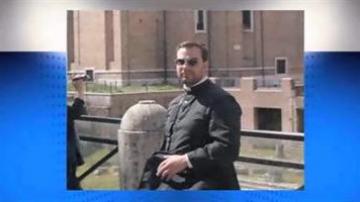 INDIANAPOLIS, Ind. --  The family of an Indianapolis priest is offering a reward for anyone with information on his whereabouts.

Rev. Christiaan Kappes and his interpreter disappeared in Greece last Sunday. Before his disappearance, Kappes told his family that he feared for his life.

He suggested that a threat came from his translator's relatives. Our Indianapolis affiliate also reports he told his sister someone was trying to hack into his bank account.

His family is now offering $10,000 to anyone with information.