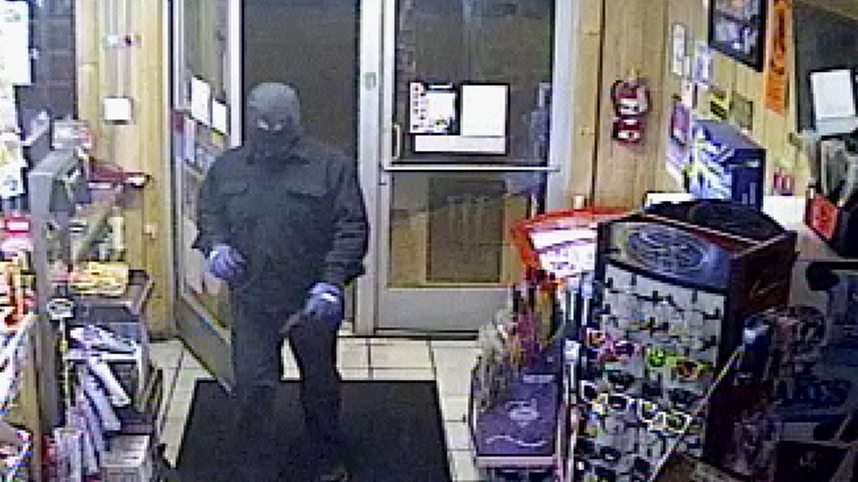 On Friday the US12 Liquor and Marathon gas station was robbed by a suspect with a large knife. It is the second time in a month that the same clerk has been held at knifepoint while the suspect demands cash.

The clerk who calls himself "Mani" said the latest robbery happened on Friday after 7 p.m. at the Marathon gas station.

Mani said, “He had a mask on. They pull the knife on my neck, and he said give me money.”

Mani moved to the United States a couple years ago chasing the American dream. Little did he know that dream would consist of him being robbed at knifepoint twice in one month in Niles, Michigan.

The first time it happened to him was on September 23rd, 2015 at the Belle's Plaza Party store on 11th Street in Niles.

Mani is convinced it is the same suspect. They normally hit when he is working alone.

Another clerk who requested to be referred to as "Mandepp" said he was working at the Marathon on US12 on October 2 when he was robbed.

Mandeep said, “We cannot identify the person because they have a mask and glove on.”

Mani and Mandeep said Belle's Plaza Party Store and the Marathon on US12 are owned by the same family so they work at both locations.

Police have not made any arrests in these cases. Meanwhile, Mani and Mandeep are pleading for the suspects to turn themselves in to police.

Mandeep said, “I seen somebody walking by the door and I just look at the door and I seen he had a mask on his face and as soon he got in the store, he pull a gun on me and I was so scared.”

Police issued the  below release in regards to the armed robberies. If you can have any information on the suspect(s) you can call 269-683-3282.

Video surveillance from all stores show a heavy set white male brandishing either of knife or handgun at different locations. Detectives believe the same suspect may be responsible for all five robberies.