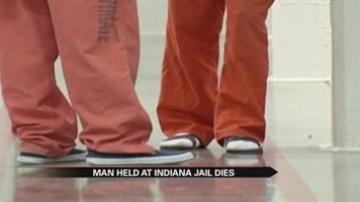 Emergency crews were called to the jail Sunday night.

They found Thomas Wyss from Whiteland, Indiana collapsed in his holding cell.

Wyss was pronounced dead at a nearby hospital.

An autopsy will be performed next week to determine how he died.

So far in 2014, seven inmates have died while in custody.

The Indiana Department of Corrections says for county jails, the average is 8 to 12 deaths statewide each year.

Officials say most jail deaths are suicides, overdoses, and natural causes like heart attacks and cancer.
Share this article: