Inmate tries breaking out of holding area in Goshen courthouse 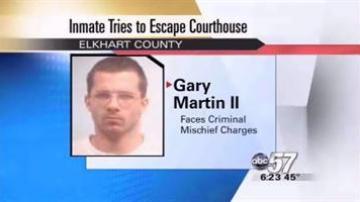 While he was in the inmate holding area, police said that he removed an elevator sign, and tried using it to open the door!

But he was quickly caught.