Inside Syria's safe zones, Russia and Assad hold the cards 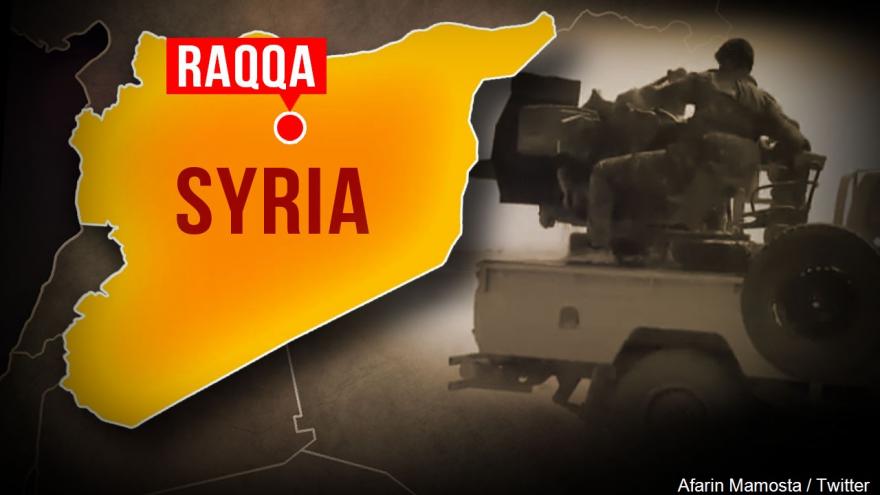 (CNN) -- It was once one of the most violent battlefields in Syria, but standing at the front line in the center of Quneitra, in the country's southwest, newly-established safe zones are bringing a welcome respite from the bloodshed.

Until recently, this town was divided by brutal fighting between pro-government and rebel forces. Now tanks sit idle in the streets and soldiers have, for the most part, put their weapons down. It is one of three places where a ceasefire brokered by the Trump administration, Russia and Jordan has been in effect for around month.

The truce was announced after a meeting between US President Donald Trump and his Russian counterpart Vladimir Putin on the sidelines of the G20 Summit in Hamburg in early July.

US Secretary of State Rex Tillerson said that the agreement to establish de-escalation zones in Syria's southwestern regions of Darra, Quneitra and Suwayda -- where the US and Jordan wield a lot of influence among moderate rebel groups -- could be a precursor for further military cooperation in Syria.

Like most ceasefire agreements, very few gave it a chance of succeeding initially, but a month on, at least here in Quneitra, the truce is holding -- most of the time.

"The fighting has significantly decreased and you totally notice that," a Syrian officer told CNN, the first Western media to be given access to Quneitra.

CNN was not able to enter the rebel-held areas, which encompass a little less than half of the town, because the front line is still in place and there is no direct communication between the two sides.

But officers say problems arise when groups like Nusra Front, the former al Qaeda affiliate, which also has fighters in the area, break the ceasefire.

"We don't hear shelling anymore, but sometimes groups like the Nusra Front break the truce. Nusra is not part of the agreement. If they shoot, we have to retaliate," the officer said, standing just yards from the front line.

He added that even these breaches have become rarer and don't seriously violate the truce here.

But despite the US' involvement in securing the ceasefire, many residents and Syrian government troops give Russia the credit for brokering the truce.

"Russia has helped a lot, they laid the groundwork for the ceasefire -- they have the most power," the Syrian officer said.

"So many people fled! The situation was so bad! So yes, it is much better now," agricultural worker Nasir al Sayyed said as he loaded wheat into a threshing machine on the outskirts of town.

"If America would have wanted to solve this they could have done so a long time ago," he added.

US strategy yields power to Russia

Russia is now arguably the dominant force in many parts of Syria.

As well as brokering the ceasefires in three areas of southern Syria, its forces have also secured truces directly with opposition forces in various areas of Syria, including Talbiseh, a key location north of Syria's third largest city, Homs.

But allowing Russia free rein in large parts of Syria comes with its drawbacks. It means the Russians will operate on their own terms, and critics say many of the ceasefire agreements Moscow establishes amount to little more than the surrender of the anti-Assad forces.

Additionally, the Russian military has been criticized for what has been dubbed a sledgehammer approach to their air campaign, leading to a large amount of civilian casualties, the UN says.

But the Trump administration's coordination with Russia has also led to major gains on the path to America's main goal: crushing ISIS.

The ceasefires around the country are freeing up units of the Syrian army and their affiliated forces, allowing them to be redeployed in a big push against the terror group.

US-backed forces -- like the Kurdish-led Syrian Democratic Forces -- and the Syrian army have clearly divided up the battlefield. While US-backed forces are launching a major push to oust ISIS from Raqqa, the Syrian army is active in eastern Hama province, while a major offensive to expel ISIS from Deir Ezzor, a less well-known but major stronghold of the terror group, is also underway.

"Our major goal is to reach Deir Ezzor," another Syrian military official told us. "We will not put a time frame on it but our forces are fighting very hard."

One reason for the urgency is that an enclave of Syrian government forces has been holding out -- encircled by ISIS -- right in the heart of Deir Ezzor. Other Syrian military units are also fighting their way east from Palmyra and are currently involved in a brutal battle against ISIS in a town called al Sukhna, a crossroads town considered a gateway to Deir Ezzor.

Assad's grip on power is growing

The White House's pragmatism may seem somewhat surprising considering Trump called Syrian President Bashar al-Assad "a butcher" after the US accused him of carrying out a chemical attack on his own civilians in April. Tillerson has also repeatedly said there is no place for Assad in Syria's future.

But the truth is Assad's grip on power is firmer than at any stage during the war, which has ravaged the country for more than six years.

The Russians appear to have no interest in removing the Syrian president, and ceasefire agreements like the one in Quneitra are helping the Syrian army to regroup and rest many of its soldiers.

Residents in regime-held neighborhoods says that the truce has had an almost immediate impact on the quality of life in the town, with shops reopening, and more people venturing out of their homes without fear of nearby violence.

In one area of town, CNN saw streets teeming with people. One barbershop was back in business with both soldiers and civilians crowding in to get their beards trimmed.

"We want this to be solved for good," said barber Hadi al Asaad. "We just want our lives to be the way they were before."