Interurban trolley crash reported at US 33 and CR13 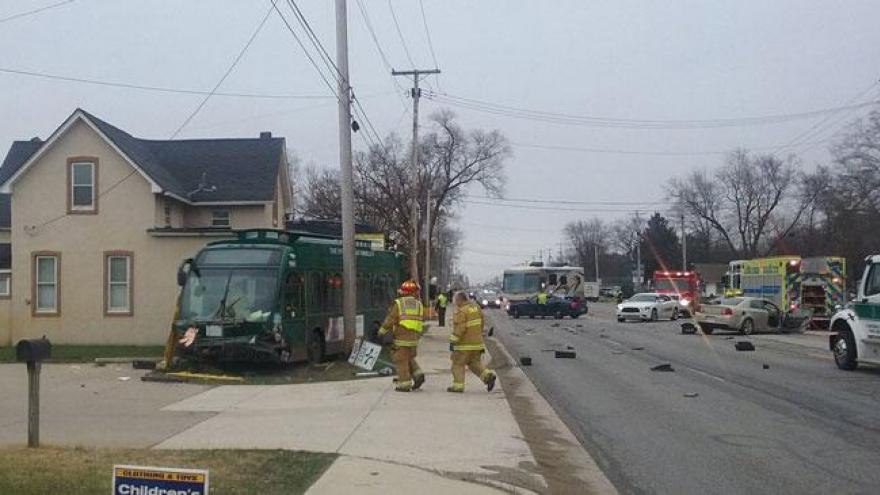 Passengers aboard the Interurban trolley were injured in a crash Friday afternoon.

Elkhart County Officials say a 2010 Chevy Malibu was traveling south on US 33 when the driver turned the vehicle in front of the trolley traveling north.

The Malibu, driven by 23-year-old Adriana Gomez of Goshen, struck the front end of the trolley.

Authorities say after the trolley was hit, it veered to the side of the road and crashed into a stopped 2012 Chrysler 300.

Gomez was transported to South Bend Memorial Hospital with head and facial injuries. According to officials, she was not wearing a seat belt.

The driver of the trolley, 37-year-old Samona Johnson of South Bend was taken to Elkhart General Hospital for treatment of neck and shoulder injuries.

The driver of the Chrysler was not injured in the crash.

Officials say three other passengers of the trolley were transported to Elkhart General Hospital for injuries including chest and head pain, knee pain, and pain of the shoulders, legs, and elbows.

Gomez was cited for failure to yield.