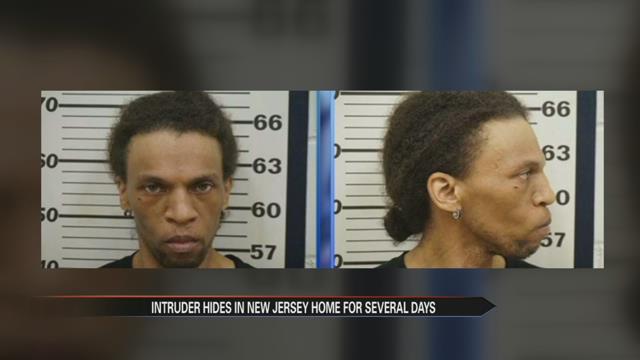 Finding an intruder in your home is scary enough.

But what about hiding in your home for days?

That's what happened to a Spotswood, New Jersey family in May, according to new details released by police.

She believes he is homeless and decided to stay in the home.

He apparently entered through an open door when someone took the trash out and hid underneath a bed.

Police say he was there up to five days.

"I think he just had water," said the homeowner. "I wasn't scared, I was just angry."

Hubbard is charged with criminal trespass, burglary and theft.