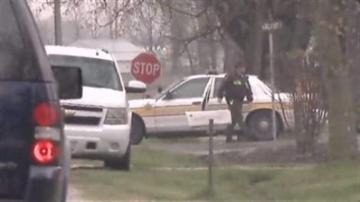 MANCHESTER, Ill. -- Police continue to investigate a shooting in a small Illinois town.

Five people were killed and a six-year-old child hospitalized.

It all happened Wednesday morning just before 5:00 in Manchester.

The man police say is responsible was killed after a shoot-out with police.

Thursday, his brother spoke out about his actions.

"I'm so sorry for what's happened to the child. I pray on my knees at night that she will recover fully," said the shooter's brother. "I can't wrap my mind around it to think that this happened to them."

Police say the gunman carried the injured six-year-old to a neighbor’s home before running from the cops.

That girl is still in critical condition.