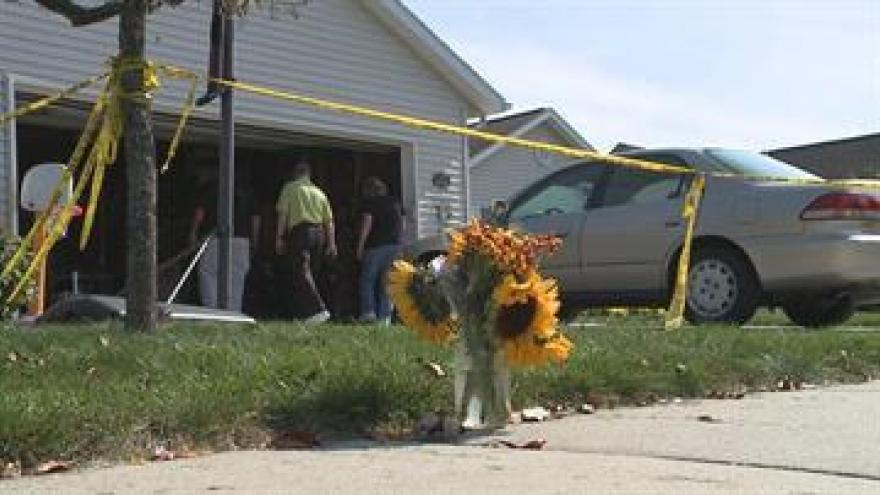 GOSHEN, Ind. – Police were still searching for evidence at the scene of Sunday’s brutal home invasion and murder on the 1700-block of Wildwood Court.  Goshen College Professor James Miller was beaten and stabbed to death around 1 a-m.  His wife, Linda, was also beaten and eventually taken to Memorial Hospital in South Bend, were she remains in stable condition.  A composite sketch of the suspect based off of Linda Miller’s description was released Tuesday when police searched the rooftops of neighboring homes, Wednesday they were out sweeping yards with a metal detector.

“We’ve been asked to keep track of what’s going on, I know we’re being careful and I know that it affects everyone in the neighborhood,” explained neighbor and friend Naomi Baumgartner.

Baumgartner says Linda Miller called her and her husband after calling 911, Baumgartner and her husband ran out to find police already on scene and that’s when they found out that James Miller had died in his driveway.  The shock of what happened Sunday morning is still felt in the neighborhood.

“Not sure it wears off, it stays with you,” Baumgartner explained.  “A tragedy has happened and we carry it with us and I’m not sure how it will pass.”

Every morning for the past week Baumgartner and other neighbors have awoken to the crime scene tape and evidence technicians still at the house, a constant reminder of what happened.

“The days seem to pass rather slowly, there’s a lot of work being done next door and we’re happy for the police presence,” she described.

Police on scene explained they were searching all avenues the suspect could have taken to escape the home and wouldn’t be clearing the scene until they were sure they’d found every scrap of evidence.

“We live in a world where bad things happen and we’re always sorry about them,” Baumgartner explained.  “But, we find a way to stay focused on the light and the good and the way people work together and make things better.”

Neighbors have sent cards to Linda Miller and have left flowers in front of the home.  Baumgartner is still taking care of the Miller’s dog, Frisky, until the family can return.

“As a neighborhood we know that together we’re going to make it through and be ready when Linda comes home to support her,” she explained.

She believes the numerous vigils and memorials that have occurred all across Goshen are a sign of the strength of the community and of James Miller’s legacy.

“I’ve been able to see the memorial that’s at Goshen College and am pleased that he was able to make a difference in so many young people’s lives,” she explained.  “I think we have professionals that are who they are because of what he taught them.”

A vigil will be held for the James Miller at the Clifton Frame Mennonite Church at 7 p.m. Wednesday evening.