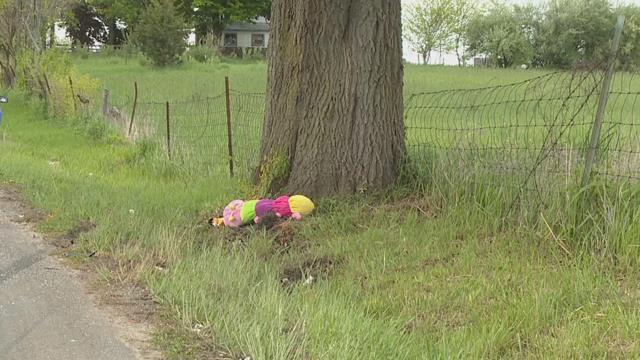 Investigators say they now have a more detailed account of what happened in Sunday morning’s fatal car accident.

Police say Paul Graham was driving the car, a Honda Civic, with three 17-year-old passengers. Abri Mejia was in the front passenger seat, Jacob Kuksye and Jostiana Bouskill were in the backseat.

Mejia was the only one believed to be wearing a seatbelt.

The second vehicle, a Dodge Durango, was driven by Monica Sanders with Paul’s brother Shane Graham as the passenger.

They say both vehicles were going north on Rose Road and went through the intersection at Plymouth-LaPorte trail without slowing down at the stop sign.

According to police, the car stopped after the intersection and was then rear-ended by the SUV.

When the vehicles collided they continued moving for a short distance and went off the road near a tree.

Bouskill, Kuksye, and Paul Graham were taken to Memorial Hospital in South Bend in critical condition.

Bouskill and Paul were pronounced dead later that day.

Mejia was not injured.

After fleeing the accident on foot, police had been unable to locate Sanders and Shane Graham.

On Monday afternoon, Sanders contacted investigators and went to the Marshall County Sheriff’s Department for questioning.

Sanders admitted to police she was driving the SUV. Police said they were originally unsure whether she or Shane was the driver.

Sanders’ father says she immediately called 911, but was scared of getting in trouble so she and Shane fled.

Now, the two could be facing charges for leaving the scene.

The mother of the Graham brothers spoke to us about Paul.

She says because of the investigation, his death has been even harder on the family.

“None of us can grieve because we’re worried and grieving at the same time,” Paul and Shane Graham’s mother.

No one has been arrested or charged right now. When the police conclude their investigation, it will be reviewed by the prosecutor's office.