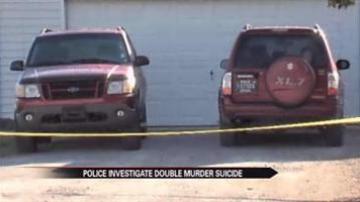 HENRY COUNTY, Ind. -- Police say investigators believe a man fatally shot his ex-wife and another man at her rural Central Indiana home and later killed himself.

Indiana State Police say officers were called to the thome a few miles from the Henry County town of Middletown on Monday night.

They found the woman and man dead from apparent gunshot wounds.

It was the woman's ex-husband and they say he committed suicide.