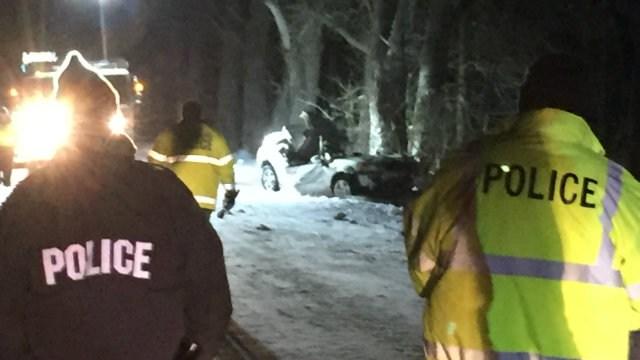 The names of the two victims of the single vehicle crash on Buckeye Road Tuesday night have been released by the St. Joseph County Prosecutor's Office.

The crash happened around 7:40 p.m. on Buckeye Road between Douglas and Cleveland roads in Granger.

According to investigators, 16-year-old Brandon Campbell's vehicle left the road and struck a tree.

Campbell was extricated from the car and airlifted to Memorial Hospital.

His passenger, 16-year-old Cameron Snead, was found deceased at the scene.