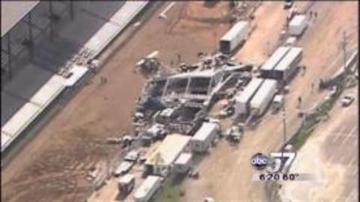 INDIANAPOLIS, Ind. -- IOSHA will release its report on the deadly stage collapse at the Indiana State Fair.

The briefing will start at 10 Wednesday morning at the statehouse. IOSHA will go over its findings, and any safety orders issued.

The state of Indiana also hired two independent companies to review the collapse and emergency response.

We'll bring you the results of those findings in later editions of ABC 57 news.