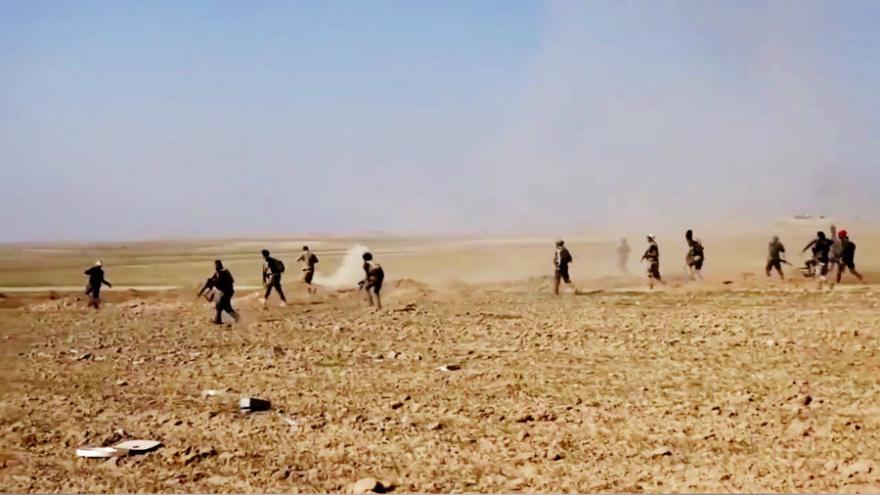 (CNN) -- Iraqi forces have recaptured the urban center of Tal Afar from ISIS fighters, giving the government near control of a key city in their fight against the terror group.

Tal Afar was captured by the extremists on June 16, 2014, after a two-day battle.

Retaking the northwestern city was the latest objective in the US-backed fight against ISIS. The city is strategically important as it lies on the supply route between Syria and the former ISIS stronghold of Mosul.

The offensive started a week ago. Several divisions of Iraqi security, including the American-trained counterterrorism forces, advanced on the city from different sides.

The commander for the operation, Lt. Gen. Abdulmanir Yarallah, said only one enclave northwest of the city center remained under ISIS control.

Tal Afar was the last city still under the control of ISIS militants in Iraq's Nineveh province following the liberation of Mosul, about 45 miles to the east.

But there are concerns that ISIS fighters and violence could return to the city -- more than a month after Mosul was declared liberated, violence and sleeper cells still exist in the city's west.

Earlier on Saturday, Yarallah said counterterrorism forces had raised the Iraqi flag in the central areas of The Citadel and al-Basateen.

Col. Ryan Dillon, a spokesman for the US-led coalition against ISIS, had told reporters on Thursday that ISIS fighters were "completely surrounded" in Tal Afar, with their resources drying up, as Iraqi forces moved closer to the city center.

Rasool, of the Iraqi Joint Military Command, said on Thursday that 302 ISIS fighters had been killed since the start of the operation. He added that 33 rigged vehicles and 35 tunnels had been destroyed. Officials provided no updated figures Sunday.

As the effort to retake Tal Afar got underway, the US-led coalition estimated that between 10,000 and 50,000 civilians remained in and around the city.

The United Nations warned of the risks to thousands of Iraqi families as they seek to flee the battleground in scorching heat. UN refugee and migration agencies on Tuesday called for civilians to be given safe passage out of the conflict zone.

"We fear that Iraqi civilians are likely to be held as human shields again and that attempts to flee could result in executions/shootings," said Andrej Mahecic, a spokesman for the UN refugee agency, UNHCR, in a news release.

He added that people in the area had reportedly been enduring very difficult conditions for months, with a lack of food, clean water and electricity.

ISIS fighters still control Hawija, west of Kirkuk, as well as the towns of Qaim, Rawa and Ana near the Syrian border.