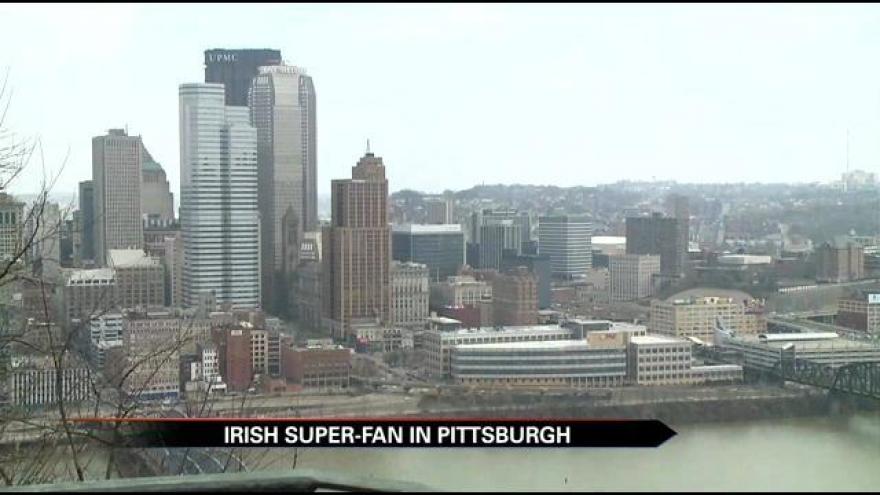 Before the Notre Dame game against Butler University in the NCAA tournament, Irish fans toured Pittsburgh.

One fan said he's been following the Irish every step of the way.

Calabria graduated from Notre Dame in 1974. He said he went with his buddies to the ACC championship.

Calabria said, “You put a Notre Dame hat on and people are coming up to me all the time and stopping and saying where you from, and good luck Notre Dame, so it's pretty neat being a Notre Dame grad in this atmosphere, I love it!”

Several fans went to East Carson Street to visit the bars and restaurants before the game.

Calabria said, “We've been doing sightseeing and walking around the city. My buddies like to drink so they were at the bars and doing that sort of thing.”

Calabria said, “This is called Mount Washington and we took the incline up the mountain and my palms were sweating the whole time. It was only like $2 to do that so it's like a railroad that goes straight up an 80 degree angle.”