Irish focused on second round game with Stephen F. Austin 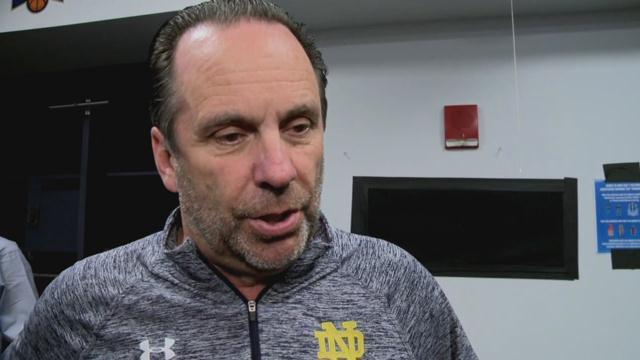 For the second consecutive game, the Irish will face an unfamiliar opponent in the NCAA tournament.

Notre Dame and Stephen F. Austin have never met on the court.

“Very impressed with Stephen F. Austin. For us, were preparing for them like they would an ACC opponent, a lot of respect for them,” said men’s basketball head coach, Mike Brey.

The 14th seeded Lumberjacks out of the southland conference knocked off three seed West Virginia in the first round behind 33 points and 9 rebounds from star Thomas Walkup.

And while the door is open for the Irish to reach the sweet sixteen for the second consecutive year, they know, despite their seed, it will be a tough task defending the up-tempo play of Stephen F. Austin.

“We’ve got to be good with the ball and we’ve got to control tempo a little bit. Ball pressure like that sometimes can speed you up and when it does you turn it over and that’s been some of our issues so were going to have to be better in that department against their half court pressure,” said Brey.