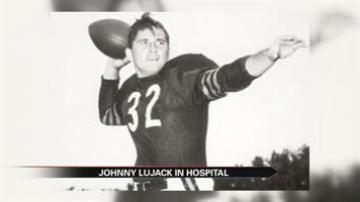 ROCHESTER, Minn. -- Fans of Notre Dame football may be saddened to hear that an Irish football legend has been hospitalized.

Former Irish quarterback Johnny Lujack was airlifted to the Mayo Clinic in Rochester, Minnesota Monday for a neurological examination.

According to the Quad City Times, Lujack had experienced several ambulatory issues in the past few weeks.

At 89, Lujack is the oldest living Heisman Trophy recipient. He won the award during his year at Notre Dame in 1947.

Mayo Clinic representatives have yet to release any information on Lujack's current condition.