IRS in the hot seat 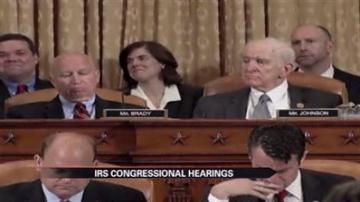 WASHINGTON D.C. -- Tuesday, IRS officials were back in the hot seat in Washington for the second day of congressional hearings.

Members of the house Ways and Means committee heard testimony from conservative groups targeted by the agency.

Some groups say they applied for tax-exempt status more than two-years ago and are still waiting for approval.

"As of today I have been waiting 29 months without status. In the interim, I lost a $30,000 launch grant from a reputable non-profit, whose executive director advised me that he had never seen such treatment of a 501(c)3 applicant in his 25 years of making grants," said Kevin Kookogey, President, Linchpins of Liberty.

The Justice Department and the Treasury Inspector General's Office are investigating the IRS.