ISIS in the crosshairs: Battle for Mosul begins 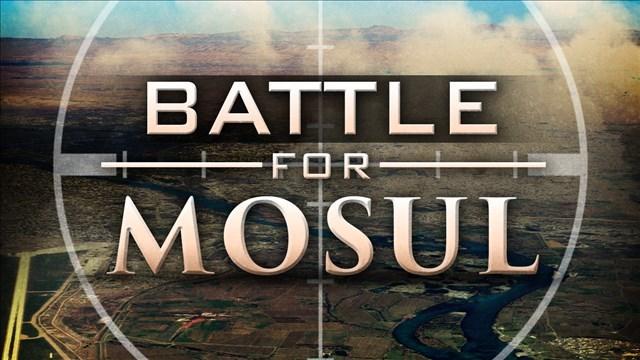 The fight is expected to last weeks, if not months, and if the battles to wrest Falluja and Ramadi from ISIS' grip are indicators, Mosul will be a messy melee.

The assault's buildup has been ongoing for some time. US-led coalition and Iraqi forces have hammered ISIS targets with airstrikes for more than a year.

The Nineveh Liberation Operations Center, which was set up to coordinate the offensive, has brought in dozens of American and British advisers. A US artillery unit has provided cover for operations south of Mosul.

On ISIS' side of the fight, there have been reports of a growing network of tunnels leaving the city. The terrorist outfit has also allowed wounded fighters to leave Mosul and freed prisoners jailed for low-level offenses. The militants were also taking measures to combat the effectiveness of airstrikes.

Skirmishes flared outside Mosul in the days leading up to the battle, and Sunday brought several signs that the fight for Mosul was near, including an airstrike on one of the city's main bridges.

Not only did Abadi declare, "God willing, the decisive battle will begin soon," but leaflets proclaiming, "It's victory time," also rained over the city Sunday.

The 30,000-strong force tasked with recapturing the largest city under the terrorist group's control comprises many groups, with the Iraqi army and Kurdish Peshmerga making up the bulk.

Iraqi security forces are expected to lead the ground campaign with the backing of coalition airstrikes and advisers, US officials have said. The US recently announced the deployment of 600 additional troops to aid in the city's capture. The deployment brings the number of US personnel to more than 5,200, the Pentagon says.

"There are no major objectives after that. This is it. This is the last big holdout in Iraq for ISIL," said Navy Capt. Jeff Davis, a Pentagon spokesman, using another acronym for the terrorist group.

Before becoming the top prize in the Iraqi portion of the militant group's self-declared caliphate, Mosul was inhabited by more than 2 million people.

About 1 million residents remain today -- in the clutches of an organization known to use civilians as shields.

The UN refugee agency says most of the remaining residents could flee once the fighting is underway, creating what a UN representative says could be "one of the largest man-made displacement crises of recent times."

Camps are being set up to accommodate the refugees, who will need transport and basic necessities once the Iraqi security forces and Peshmerga screen them as they leave the city.

Abadi told CNN in September that forces "are planning for a fight for many months." Some Peshmerga commanders have predicted it will take at least three months to clear the city as ISIS leaves sleeper cells behind.

Others expect a quicker victory, with ISIS leaders retreating to the desert west of Mosul.

Bracing for the offensive, ISIS in recent days allowed wounded fighters in Mosul to move to Raqqa, Syria, the group's de facto capital, a source inside Mosul said.

ISIS also released some low-level prisoners, including those jailed for their beards, cigarettes or clothing, the source added.

A tunnel network large enough to accommodate motorbikes stretches from the outskirts of the city to the nearby village of Hamdania, according to the source.

US military officials estimate there are 3,500 to 5,000 ISIS fighters in Mosul. ISIS supporters put the number at 7,000.

Plumes of black smoke rose from oil-filled trenches on fire outside northeastern Mosul, an attempt by ISIS to obscure its fighters' positions during airstrikes, military sources said.

In northern Iraq, the main road to Mosul is dotted with villages deserted in expectation of the fight.

At checkpoints, ISIS fighters wore masks to disguise their identities in what is seen as a sign of decreasing confidence, as well as concerns about retaliation from Mosul residents.

There is concern among diplomats and Kurdish officials about plans for stabilizing and governing Mosul once ISIS is evicted, and according to US Deputy Secretary of State Antony Blinken, a holding force of about 15,000 Sunni elements was being trained and equipped to secure the city once it's liberated.

The push to Mosul is being felt more than 200 miles south, in Baghdad, where ISIS has launched suicide attacks. At least 34 people were killed in a Saturday suicide bombing at a Shiite gathering in the capital, police sources said.

Mosul, a city almost 3,000 years old, would represent ISIS' last stand in Iraq. Though ISIS seeks to create an Islamic caliphate, it has lost considerable territory in the past two years, being driven out of Tikrit, Ramadi and Falluja.

Kurdish forces have dug in to the east, north and west of Mosul, and Iraqi forces have been moving slowly from the south.

Iraqi security forces also recently recaptured the Qayyara oil refinery and seized the Qayyara airbase, Iraq's third-largest. The airbase is expected to be a vital staging ground in the battle for Mosul.

On Friday, Abadi visited oil-rich Kirkuk province, where he met with leaders ahead of the operation to liberate the ISIS-controlled city of Hawija, about 100 miles south of Mosul. It has been under ISIS control since 2014, and Iraqi security forces estimate about 1,200 ISIS fighters occupy the city and nearby villages.

Abadi inspected military units and spoke to security officials. He said he was preparing for a military operation to take back more cities from ISIS.

Having nearly cleared ISIS from Anbar and Salaheddin provinces, the retaking of Hawija would be a coup as it would lessen or eliminate the threat to Iraqi and Peshmerga forces who would have their backs to the city during the battle for Mosul.