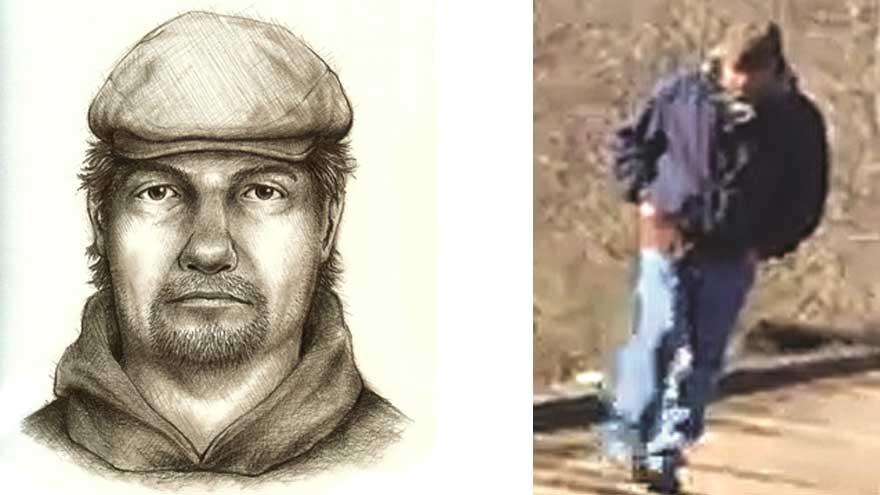 DELPHI, Ind. -- The Indiana State Police released a composite sketch of a man believed to be connected to the murders of 13-year-old Abigail J. “Abby” Williams and 14-year-old Liberty Rose Lynn “Libby” German.

The person depicted in the composite sketch is described as a white male between 5’6” to 5’10”, weighing 180 to 220 pounds, with reddish brown hair, eye color unknown.

The sketch depicts a hat that may not be accurate. Police want you to focus on the person's facial features.

On February 13 at approximately 1 p.m. the girls were dropped off near the Monon High Bridge to walk around. They failed to show up at a previously arranged time to get picked up.

The following day, their bodies were found in a wooded area near the Delphi Historic Trail.

Police released a photo of the man and an audio recording of his voice. Click here to visit the Delphi investigation website to listen to the audio recording.

Anyone with information about the murders or the person depicted in the composite sketch should call the tip line at 844-459-5786. You can remain anonymous.

Tips may also be emailed to abbyandlibbytip@cacoshrf.com.

A reward of over $230,000 is offered for information that leads to the arrest and conviction of the person or persons responsible for these murders.