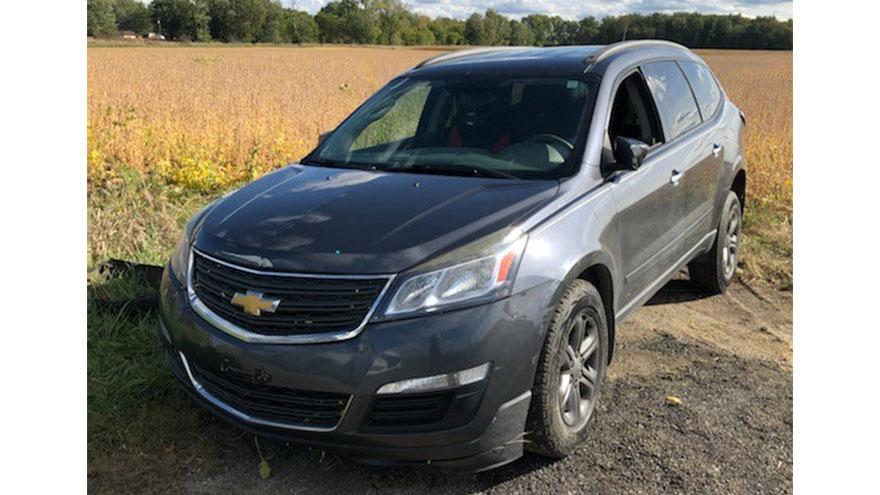 MARSHALL COUNTY, Ind. -- A South Bend man accused of committing an armed robbery was taken into custody after a pursuit involving several police agencies, according to the Indiana State Police.

At 2:50 p.m. Friday, an ISP sergeant was at US 30 and King Road when he saw a vehicle that matched the description of a vehicle alleged to have been involved in the robbery of a business in Bourbon, reports said.

When the trooper and a Marshall County deputy got behind the vehicle, a 2013 Chevrolet SUV, the vehicle fled north on King Road, reports said.

The vehicle turned eastbound in the area of Lake of the Woods and drove over stop sticks placed by Bremen Police in the area of 3A Road and East Shore Drive, reports said.

The disabled vehicle continued northbound on Plymouth Goshen Trail to SR 106, where it drove into a bean field, police said.

The driver, 29-year-old Tyler Davis, attempted to run from officers, but was taken into custody, police said.

After he was cleared at the hospital, Davis was taken to the Marshall County Jail on preliminary charges of armed robbery, possession of stolen property, and resisting law enforcement with a vehicle.

The SUV was reported stolen from Chicago, Illinois

Troopers also located items in the Chevrolet that were suspected of being from the robbery, according to the ISP.