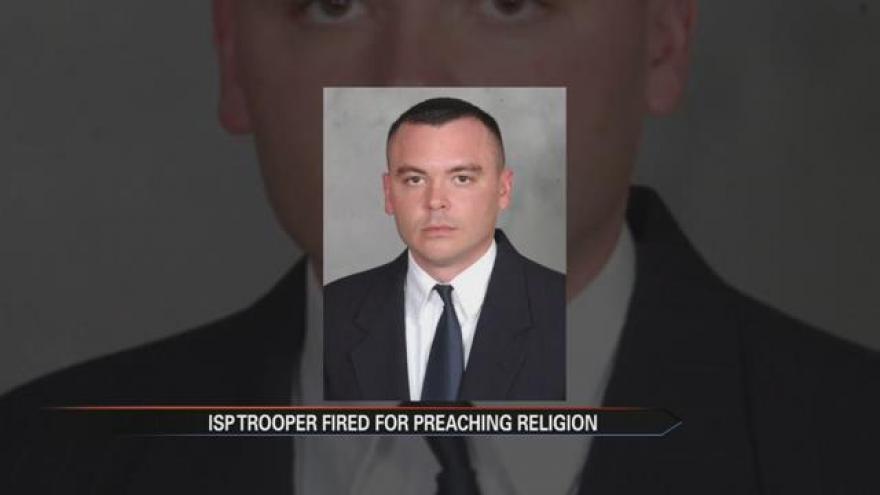 Indiana State Police say this is the second complaint against Hamilton in the last 18 months but this one has cost him his job.

According to our sister station, RTV6, the American Civil Liberties Union filed a lawsuit against Hamilton claiming, he presented Wendy Pyle with a warning ticket during a traffic stop.

According to court documents, Hamilton asked Pyle several questions including what church she attended and whether she was saved.

On Friday morning, ABC 57 asked several people in the community what they thought about Hamilton’s termination.

“I believe that he was a religious man shouldn’t have been hired it’s just his opinion and he’s serving God so what’s wrong with that,” said Evan Wilder, a Michiana resident.

“I understand freedom of religion, but when you’re doing your job shouldn’t sit there and ask other people about their religion also and then use that against them when you’re supposed to be doing your job,” said Lindsay Kring, a Michiana resident.

Following the firing Indiana State Police Superintendent Doug carter released statement which read in part, “while  I  respect Mr. Hamilton’s religious views  I  am also charged to respect every citizen’s rights and the best way forward for the citizens of Indiana, and for Mr. Hamilton, was to end his employment as a state police officer.”