ISP trooper involved in accident with horse and buggy 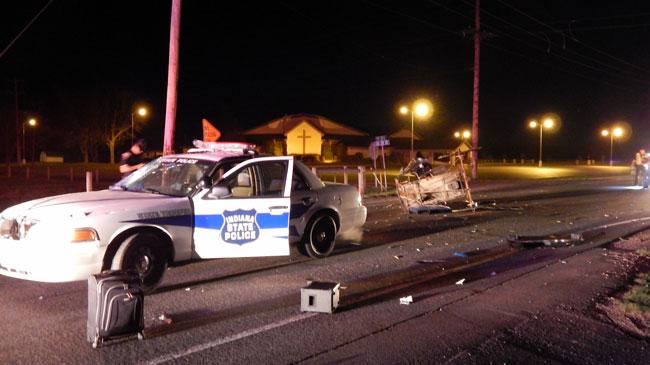 An Indiana State Police trooper was involved in an accident with a horse and buggy Sunday evening.

According to Indiana State Police, Corporal Peter Bradley was driving his marked patrol car northbound on SR13 approaching CR20 when a horse and buggy pulled into his path.

The accident happened at approximately 10:42 p.m.

Troopers investigating the crash say the driver of the buggy, 20-year-old Bryan Dean Troyer of Middlebury, failed to yield to Bradley's car.

The buggy also did not have any functioning lights.

Police say the horse ran from the scene after the crash and was later found at Troyer's home.

Bradley was taken to the hospital for injuries to his arm.

Troyer was taken to the hospital and treated for injuries to his foot, hip and back.

Police say neither drugs nor alcohol appear to be a factor in the accident.