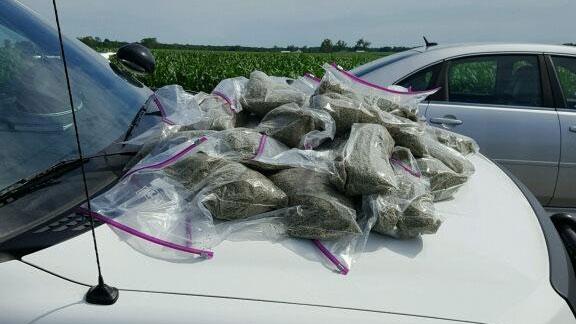 An Indiana State Police trooper stopped a vehicle on SR17 in White County Wednesday afternoon and seized approximately 20 pounds of synthetic marijuana, according to a press release.

The trooper conducted a traffic stop on a 2001 Jeep Cherokee, driven by 32-year-old Toby Gregory of Brookston, Indiana, around 3:45 p.m. for speeding.

The trooper said he smelled the odor of drugs coming from the vehicle and suspected criminal activity was occurring.

He then discovered the spice, or synthetic marijuana, in the vehicle, reports said.