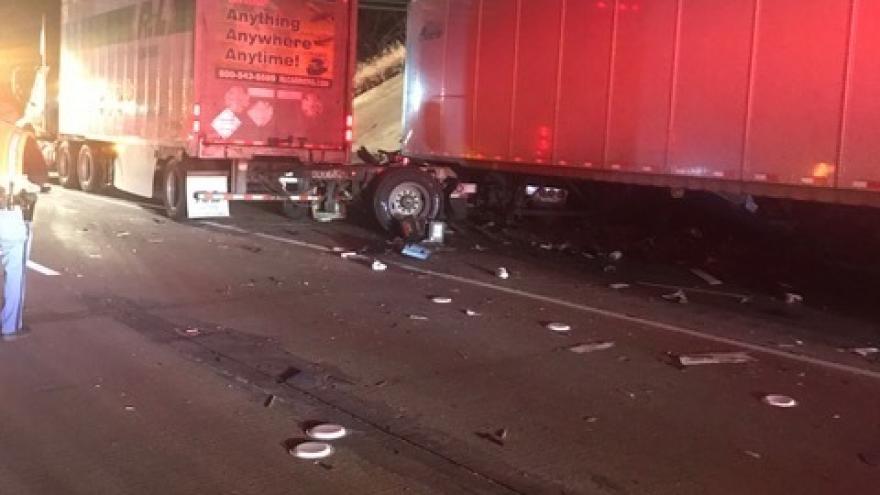 The driver was identified as David C. Sturgis, 53, of Camp Douglas, Wisconsin. He was a driver for Dalli Trucking Inc. out of Greendale, Wisconsin.

They say a Volvo semi, driven by Sturgis,hit the detached trailer, causing the cab of the Volvo to be ripped off, killing Sturgis.

The force of the crash also caused items to be thrown across the interstate.

The left westbound lane of I-94 is open. The other lanes will remain closed until the crash can be cleaned up.