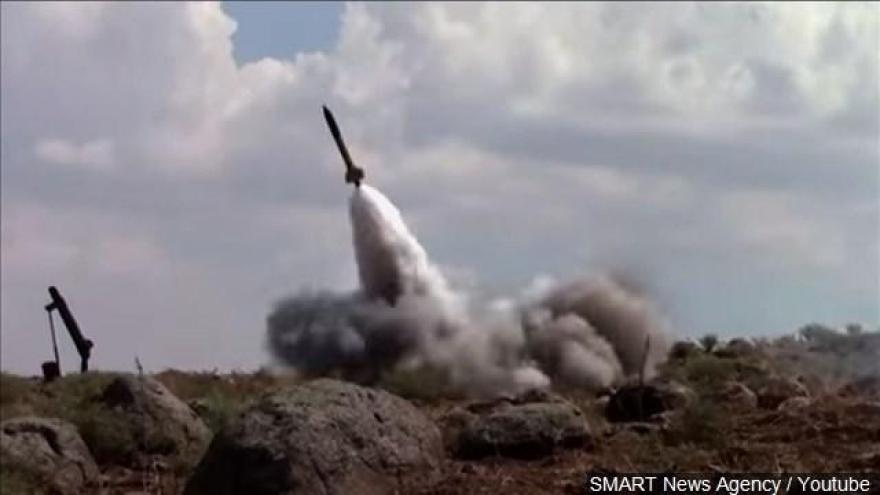 Speaking on Israel public radio Sunday morning, Liberman said, "The next time the Syrians use their air defense systems against our airplanes, we will destroy all of them without thinking twice."

The Syrian military said the jets struck a military site near Palmyra, while Israel says they targeted a weapons shipment to Iran-backed Hezbollah. Syria claims their missiles downed one Israeli jet and hit another, which Israel rejected as "absolutely untrue."

"Our central problem, and this above and beyond all of the other issues, is the transfer of advanced weapons from Syria to Lebanon," Liberman said.

"Every time we identify a transfer like this, we will work to prevent the transfer of game-changing weapons. On this issue there will not be any compromise," the outspoken Defense Minister added.

Liberman has not shied away from threatening rhetoric since taking over the Defense Ministry last year.

An airstrike near Palmyra would be one of the deepest inside Syria since the beginning of the fighting.

The military actions did not go unnoticed both in the Middle East and further afield.

In a sign of Russia's displeasure with the strike, Moscow summoned Israel's ambassador to Russia, Gary Koren, less than 24 hours after it happened.

It is the first time in recent years that Moscow has summoned Israel's envoy over a strike in Syria, and it comes one week after Israel's Prime Minister Benjamin Netanyahu visited Russian President Vladimir Putin to reaffirm coordination between the Israeli and Russian militaries over Syria.

Palmyra, once held by ISIS and retaken by the Syrian government, is strategically important to both the regime and its opponents.

The intercept triggered alarm sirens in the Jordan Valley and shrapnel from the explosion, which was heard as far south as Jerusalem, landed in western Jordan, the Jordanian military said.

Most of Israel's reported strikes have been around the Syrian capital of Damascus, about 60 kilometers (37 miles) from the Israeli-occupied Golan Heights, which Israel seized from Syria during the Six-Day War in 1967.

Israel has long focused on stopping the transfer of weapons from Syria to terror groups.

In December, Liberman told a delegation of European Union envoys that Israel will "prevent the smuggling of sophisticated weapons, military equipment and weapons of mass destruction from Syria to Hezbollah."

It was another acknowledgment of Israel's ongoing operations in Syria. Last April, Netanyahu confirmed that Israel had struck Syria "dozens of times," breaking with the policy of remaining quiet about involvement in its war-torn northern neighbor.

In a video statement released Friday, Netanyahu was adamant in his defense of Israel's move to prevent weapons being supplied to Hezbollah. "When we identify attempts to transfer advanced weapons to Hezbollah and we have intelligence and it is operationally feasible, we act to prevent it," he said.

"That's how it was yesterday and that's how we shall continue to act," he added.

"We are fully determined and the evidence of that is that we are acting. Everybody must take that into account -- everybody."

Hezbollah is a Lebanese militant group and political party, funded and supplied by Iran. The group is at odds with Israel over territory located along the Lebanon-Israel border. It also supports the Syrian regime of President Bashar al-Assad, committing thousands of fighters to battle alongside Assad's forces. The United States, Israel, and the Arab League consider Hezbollah a terrorist organization while the European Union classifies Hezbollah's military wing as a terrorist group.

In November 2012, Israel fired warning shots toward Syria after a mortar shell hit an Israeli military post, the first time Israel had fired on Syria across the Golan Heights since the 1973 Yom Kippur War.

Israeli jets have been hitting targets in Syria since at least 2013, when US officials told CNN they believed IDF jets had struck inside Syrian territory. In 2014, the Syrian government and an opposition group both said an IDF strike had hit Damascus' suburbs and airport.