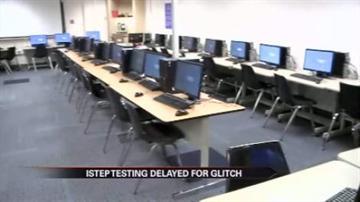 Another round of technical errors forced a short delay in ISTEP testing Monday.

The company that runs the online test says it experienced an interruption in service around 10:45 Monday morning.

South Bend schools says it chose to suspend testing for the day.