It hurts so good; walk off HBP for Hawks 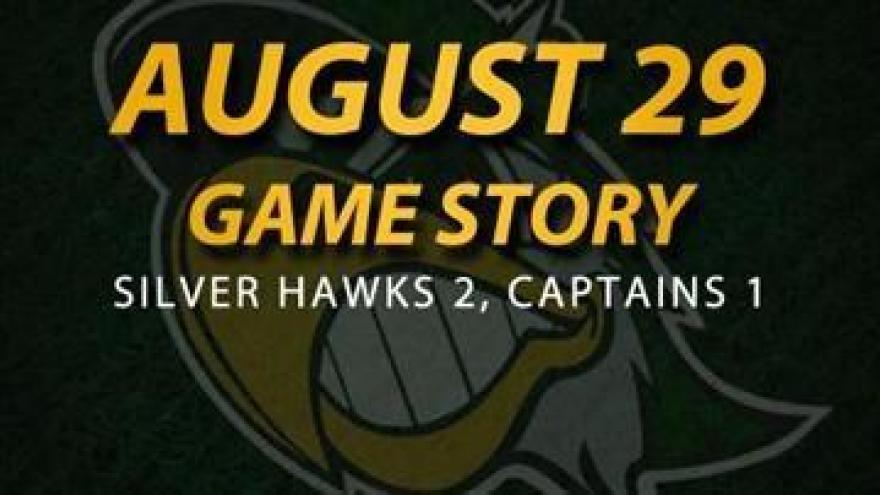 SOUTH BEND, Ind.– Roberto Ortiz took a pitch between the two and the six on the back of his jersey with the bases loaded in the bottom of the ninth inning, with the hit-by-pitch giving the South Bend Silver Hawks a 2-1 walk off win over the Lake County Captains on Monday evening.

Matt Helm started the ninth inning rally with a single to left field against Dale Dickerson (LP, 2-3), and Gerson Montilla did the same to put two on with nobody out.  Down to a 1-2 count, Jhoan Pimentel chopped a ball to the shortstop Ronny Rodriguez, but Montilla avoided the tag at second and was ruled safe to load the bases with nobody out.

After Marc Bourgeois lined out sharply to the shortstop, Ortiz settled into the batter’s box to face the side-armed righty Dickerson.  The first pitch spun Ortiz around, plunking him right in the middle of the back, forcing home the game winning run in South Bend’s fourth walk off win of the season.

Ortiz played a part in the earlier run for the Hawks as well, advancing Pimentel to third base on a sacrifice bunt in the bottom of the fifth.  Ender Inciarte followed with a ground ball to short, but again Rodriguez was late with the throw home as Pimentel scored the tying run.

Lake County’s lone run scored in the top of the fourth inning, when Kevin Fontanez hit a sacrifice fly to score Brian Heere.  That was the only run allowed by South Bend starter Bradin Hagens (ND), who turned in six innings and allowed only six hits in his final home start of the year.

Chris Odegaard (ND) followed with two scoreless innings of relief and Eury De La Rosa (WP, 1-0) pitched a 1-2-3 top of the ninth inning for the win.

Pimentel extended his hitting streak with a single in the fifth inning and now has the sixth longest streak for South Bend this year.  Helm had the lone multi-hit game for South Bend, with two singles before scoring the winning run.

South Bend has now won four straight games overall and seven straight against the Captains.  The Silver Hawks have won 12 of the 14 matchups with Lake County this season.

The two teams wrap up the series with the final home game of the year for South Bend on Tuesday evening.  First pitch is set for 6:30 PM Eastern Time with RHP J.R. Bradley (6-15, 5.15 ERA) going up against Lake County’s RHP Felix Sterling (2-3, 3.93 ERA).  Pre-game coverage begins at 6:10 PM Eastern Time on www.sportsjuice.com and www.silverhawks.com.

(Source: This is a press release from the South Bend Silver Hawks)