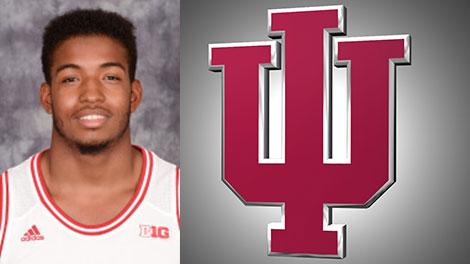 BLOOMINGTON, Ind. Indiana University officials say one of the basketball team's forwards was injured early Saturday morning after being run over by a car driven by his teammate. The accident happened just before 1 a.m. at the intersection of 17th and Indiana Avenue, which is near the IU Athletics facilities.

Police say 19-year-old Devin Davis was exiting a car driven by 18-year-old teammate Emmit Holt when he was struck.

Witnesses tell Bloomington Police that Davis, after getting out of the car, walked into the roadway and was struck by the front passenger side.

Damage to the vehicle corroborates those statements.

Emergency crews were called and when they arrived, found Davis lying in the street suffering from a head wound. He was unconscious.

Davis was taken to IU Health Bloomington Hospital where he is listed in serious condition.

Holt was cited for Illegal Consumption of Alcohol, a misdemeanor, and for Operating Under the Influence of Alcohol Under Age 21, an infraction.

Holt's BAC was 0.025. Police say while Holt had been drinking, he was not intoxicated.

"First and foremost, our thoughts are with Devin and his family and we pray that his condition improves in the coming days," said IU Coach Tom Crean. "An injury to one of us is an injury to all of us and we are devastated by the news. We will continue to support Devin and Emmitt in every possible way and I know the Hoosier family will come together to rally for these young men. We are working to gather additional information on the accident."

Sunday, Devin's family said he is doing better. His speech is normal and he has the use of all of his extremities, according to a post on the Men's Basketball website.