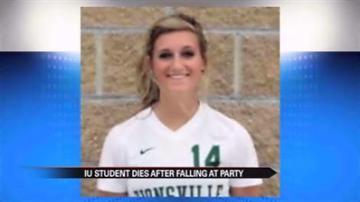 Police say 19-year-old Rachael Fiege fell down a flight of stairs between 1 and 2 a.m. Friday.

She was found just after the fall, but police were not called until nearly 8 a.m. after she became unresponsive.