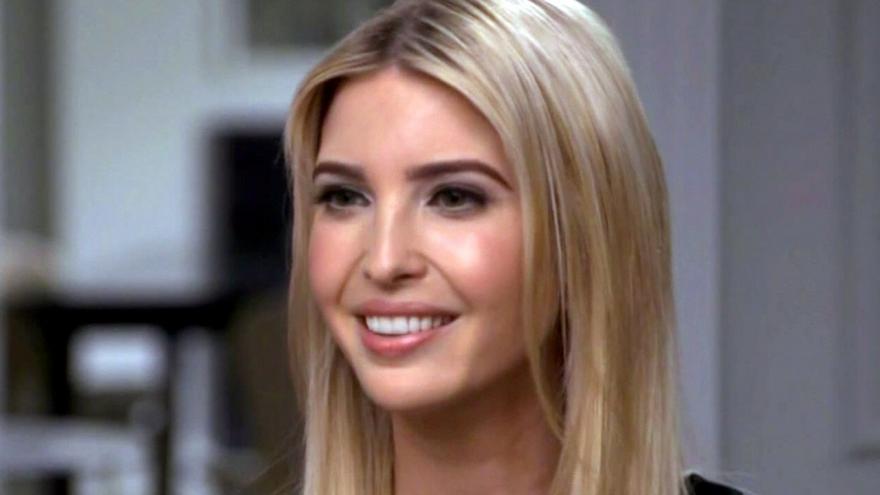 Photo Courtesy of CBS This Morning

The billion-plus-dollar We-Fi will provide both financial and non-financial World Bank resources, including loans, technical assistance and guidance, mentorship opportunities, and policy reform to eliminate barriers for women in developing nations. Funding for the facility comes from both the public and private sectors, including international financial organizations, commercial financing foundations, private equity firms, and individuals.

President Donald Trump, speaking during the panel, joked about his daughter.

"If she weren't my daughter it would be so much easier for her," Trump said. "Might be the only bad thing she has going, if you want to know the truth."

"I am very proud of my daughter Ivanka," he said. "Always have been, from day one, I have to tell you that, from day one, she has always been great."

The President also said the US will commit $50 million to the program.

We-Fi was first announced by German Chancellor Angela Merkel at the Women-20 summit in Berlin this spring, which Ivanka Trump attended on behalf of the administration.

Though Ivanka Trump will be an advocate for We-Fi moving forward, the White House has said she will play no operational, administrative or fund-raising role in the initiative.

"This incredible facility will have a significant impact on women's economic development around the world," the President said in a statement. "It will help increase opportunities and economic growth while addressing unique barriers women entrepreneurs face. I am proud the United States is helping to lead support of this unprecedented initiative."

Ivanka Trump has experience as a female entrepreneur herself. In addition to a career in real estate, she created a successful apparel and accessory business. She took a formal leave of absence from her eponymous brand in January, but kept her ownership stake and moved the assets into a trust.

But many women looking to start their own businesses have far less access to capital and other financial resources, technology, markets or extensive mentorship connections. Those challenges are particularly prevalent for women in developing countries.

The creation of the facility was Ivanka Trump's idea as she held meetings on the topic of women's empowerment during the beginning of her father's administration, including one with World Bank President Jim Yong Kim, who shepherded the facility's creation.

A World Bank source told CNN in May that Ivanka Trump played an "instrumental" role advocating for the facility. She was in communication with Kim as the facility passed through its working stage phase, praising his leadership on social media.

"Thank you World Bank President Jim Yong Kim for your ongoing leadership in support of women's economic empowerment and for joining me today in a meaningful discussion with Saudi Arabian women entrepreneurs and elected officials," Ivanka Trump posted on Facebook following a discussion on the President's first foreign trip.

CNN's Dan Merica contributed to this report from Hamburg.