SOUTH BEND, Ind.—Two Ivy Tech students in South Bend are working on a mobile app that would connect naloxone and first responders with victims of drug overdoses with the click of a button.

Students Alvaro Soto and Paul Troxell worked on a team with other Ivy Tech students from around the state in a hackathon in Indianapolis that challenged teams to develop an app to be used by first responders in the field.

Soto and Troxell’s team decided to try and find a way to combat the growing opioid epidemic.

“Through brainstorming, through combining several ideas that the team came up with and through the inspiration of one of our team members that was directly impacted by this, it kind of, really pushed this through and made it happen,” Soto, a South Bend native and Riley High School graduate, said.

The team worked through the night to develop the app’s framework, hoping to make it simple to connect help with where it’s needed.

“It’s a very simple app, you just push a button. Its purpose is to be able to reach out to the community like a push alert or an emergency alert and to also contact first responders to the location of where an opioid overdose is occurring,” Soto said. 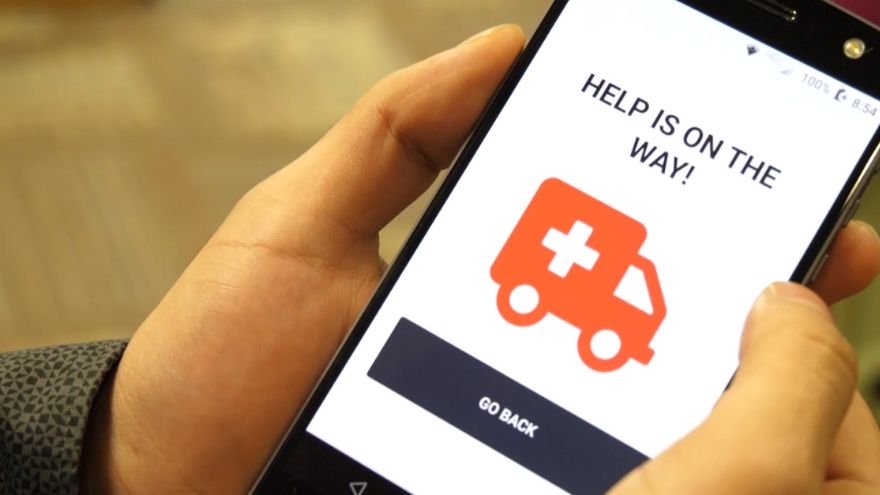 Soto says the goal is to make the app simple and user friendly for situations that depend on quick thinking and action.

The app’s name Naxos is a play on Narcan, the commonly known brand name for the drug naxolone. It took first place for Best Opioid Crisis App with a prize of $5,000 and also won second place in the Best Student App category during the hackathon.

Though it’s currently unavailable for download and in the redesign process, Soto and Troxell hope to soon connect businesses or people who have Naxolone with someone who is having an overdose nearby.

Naxolone reverses the effects of an opioid overdose.

The app will also be designed to trigger 911 and send emergency services to the location of the overdose.

Mike Damiano, Assistant Chief of Operations for the South Bend Fire Department, says triggering 911 is critical to the success of an idea like this one.

“We have to make sure that the 911 system is triggered. There might be more care that’s needed other than just a Narcan application. There could be something else totally related or unrelated, but we don’t know until we get qualified medical personnel on the scene,” Damiano said.

Damiano, who as an officer on an engine company went on sometimes four or five calls in one day for overdoses, says the app could really help the South Bend community.

“Anytime we can incorporate technology to get awareness out for something like that, where there’s an emergency and we can get resources there in a quicker or timelier fashion, I think it’s great,” Damiano said. “Whether it [an overdose] is in a car or in the street, it’s an epidemic. There is a crisis in our community.”

Both students, who graduate in December, hope to work on the app after graduation.

They both shared a bit about the app at a Food For Thought community event on Thursday at Ivy Tech that brought local organizations together to discuss fighting the opioid crisis.

“I hope to stop, at least cut down on, the actual opioid crisis,” Troxell said.

According to the state, in St. Joseph County, in 2017, there were 58 opioid poisoning deaths, which is more than the years prior. In 2008, there were only 12 deaths.

A heat map from the state shows where in Indiana Naxolone has been administered.

For more information about drug overdoses, visit the CDC's website on the opioid epidemic.