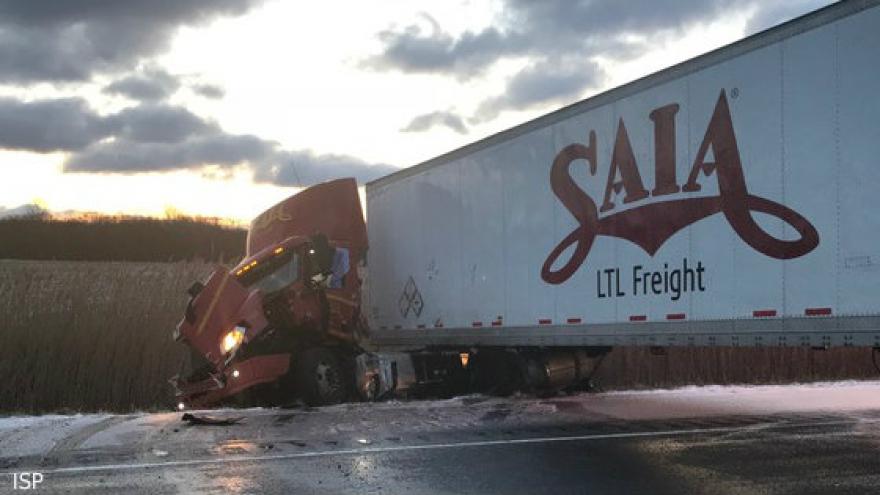 JASPER COUNTY, Ind. – I-65 northbound was temporarily closed after a semi jack-knifed and blocked traffic on Wednesday morning.

Chioke was heading northbound when he jack knifed the semi. The semi went off the roadway and crashed into the center median barrier.

After hitting the barrier, the semi blocked both lanes of I-65.

According to officials, the trailer was empty at the time of the crash.

Chioke was taken to Jasper County Hospital, and officials said he was wearing his seatbelt.

All lanes were reopened at approximately 7:40 a.m.

According to ISP, the road conditions at the time of the crash were slick and icy. 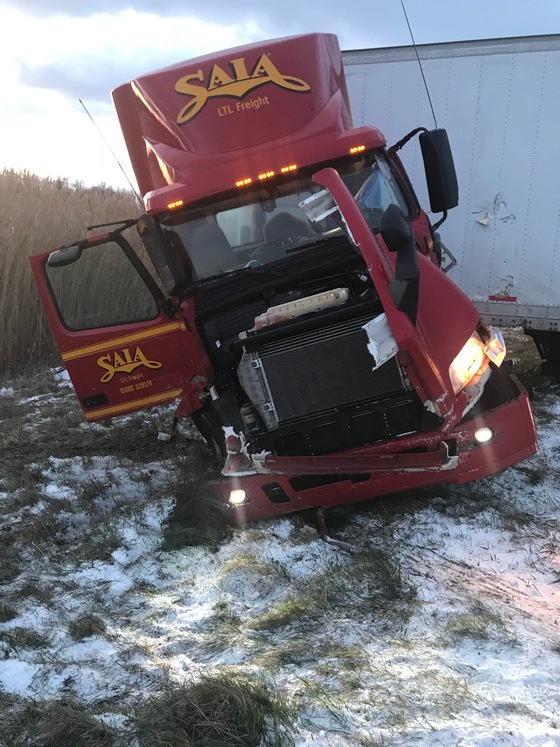