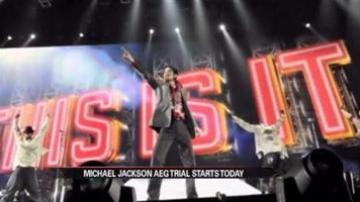 LOS ANGELES — The wrongful death lawsuit filed by Michael Jackson's family is set to begin Monday at a California courtroom. The lawsuit was filed by Jackson's mother and his three children.

Jackson was preparing for a series of comeback shows in London when he died at his home.

They will decide if AEG Live owes the family for the pop star's death.