Jacob Wetterling: Lights left on in memory of boy who was abducted 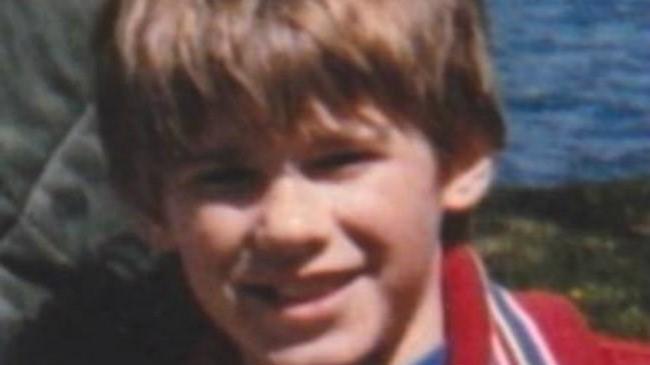 (CNN) -- By the thousands people are leaving their porch lights on -- in Minnesota and other parts of the country -- for the child who never came home. The lights are being left on through the holiday weekend in memory of Jacob Wetterling, a Minnesota boy who was abducted 27 years ago.

Local authorities announced Saturday that his remains had been found.

Jacob, who was 11, disappeared on a dark road in central Minnesota on the night of October 22, 1989. Since then, his whereabouts had been unknown.

His mother, Patty Wetterling, became an advocate for families of missing children. The family described being in "deep grief. We didn't want Jacob's story to end this way."

The news that Jacob's body had been found led to a Facebook event called "Lights on for Jacob Wetterling" that encouraged people to keep their outdoor lights on through Monday night.

"Let's turn our outside lights on in memory of Jacob and to show respect to his family. Light up the state and show his family our support. Share and invite everyone," the event reads.

As of early Monday, 15,000 Facebook users had pledged to take part. People shared their message of hope for the family and posted pictures of their porch lights.

Minnesota state Rep. Peggy Flanagan tweeted a picture and wrote: "Almost every light on my street is on tonight. We are Jacob's hope."

"We're leaving our #lightsonforjacob tonight. May you now rest in peace," one user wrote, posting a picture of his light.

Another person wrote: "Minnesota loves you and your family," in a tweet addressed to Jacob's mother.

The Wetterlings founded an organization in 1990, now known as the Jacob Wetterling Resource Center, dedicated to child safety. Supporters of the family and the organization would switch on their porch lights on the anniversary of his disappearance as a way to remember Jacob.

A light burns for 27 years

"The spark began in the moments after the abduction of Jacob Wetterling, when his family decided that light is stronger than darkness. They lit the flame that became Jacob's Hope," said a statement released by Jacob's family Saturday.

"Our hearts are heavy, but we are being held up by all of the people who have been a part of making Jacob's Hope a light that will never be extinguished. It shines on in a different way. We are, and we will continue to be, Jacob's Hope."

Jacob's case garnered worldwide attention and was recently featured on the CNN series "The Hunt with John Walsh."

Jacob, his brother and a friend were coming home from a convenience store on bikes and a scooter when an armed man wearing a stocking mask approached them. The man asked the boys their ages, grabbed Jacob and told the others to run into the woods or else he'd shoot, Jacob's father has said, recounting what his other son told police.

Jacob would've been 38 this year.

CNN's Ralph Ellis and Ray Sanchez contributed to this report.