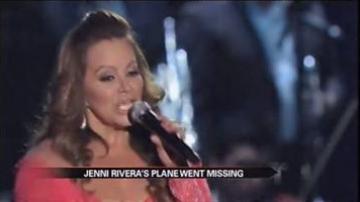 She was on a small plane leaving Monterrey after a concert when it went missing. It has since been found with no survivors.

The 43-year-old is best known for her music in Mexican regional styles. She has sold more than 20 million albums worldwide, comparable to Taylor Swift.