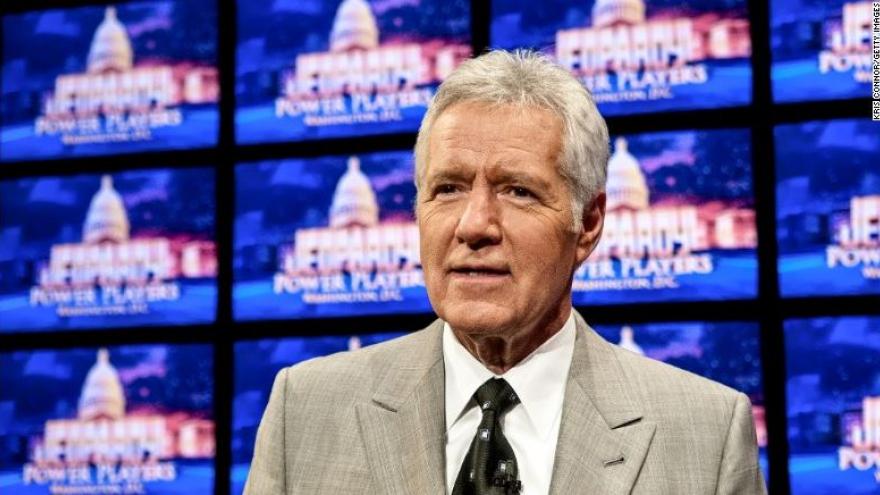 LOS ANGELES (AP) — "Jeopardy!" host Alex Trebek said he has been diagnosed with advanced pancreatic cancer but intends to fight the disease and keep on working.

In a video posted online Wednesday, the 78-year-old said he was announcing his illness directly to "Jeopardy!" fans in keeping with his long-time policy of being "open and transparent."

A Message from Alex Trebek: pic.twitter.com/LbxcIyeTCF

He's among 50,000 other American who receive such a diagnosis each year, Trebek said. Normally, the "prognosis for this is not very encouraging, but I'm going to fight this, and I'm going to keep working."

He plans to beat the disease's low survival rate with the love and support of family and friends and with prayers from viewers, Trebek said.

Trebek lightened the difficult message with humor: He said he must beat the odds because his "Jeopardy!" contract requires he host the quiz show for three more years.

"So help me. Keep the faith and we'll win. We'll get it done," he said, his voice calm and steady.

Trebek, a native of Sudbury, Ontario, Canada, has been host of the syndicated quiz show since 1984. He and his wife, Jean Currivan, have two children.

Ken Jennings, a longtime "Jeopardy!" player who took part in the show's "All-Star Games" that ended Tuesday, posted a tweet in which he compared Trebek to the late TV journalist Walter Cronkite.

"I've said this before but Alex Trebek is in a way the last Cronkite: authoritative, reassuring TV voice you hear every night, almost to the point of ritual," Jennings wrote.