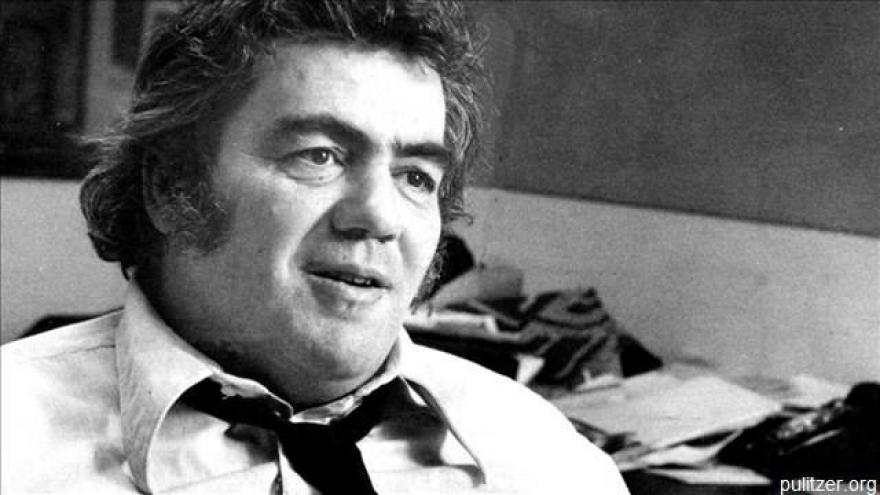 Breslin's death was reported by his longtime employer, the New York Daily News.

The newspaperman's physician, William Cole, told CNN that Breslin died at 8 a.m. because of complications from pneumonia.

"He was a force of nature," said Cole.

Initial reports, including the Daily News' own, reported Breslin's age as 86. "There's a funny story to go with that," Cole told CNN, saying he had a copy of Breslin's birth certificate.

"Apparently somewhere along the way he lied," Cole said, recalling a conversation with a former newspaper editor. "He wanted to be the youngest person at a certain paper. Usually it's the other way around."

Throughout his decades-long career, Breslin wrote for the News, the New York Post, Newsday, the New York Herald Tribune, and New York Journal American, along with the Daily News.

He won the Pulitzer Prize for Commentary in 1986 for columns "which consistently champion ordinary citizens."

Breslin was part of the fabric of New York.

David Berkowitz, who terrorized the city for several months in 1977 as the "Son of Sam" killer, wrote notes to Breslin during his crime spree. Breslin urged "Son of Sam" to give up.

"[A]ll he has to do is call or write me at The Daily News. It's simple to get me. The only people I don't answer are bill collectors," Breslin wrote.

In 1969, author Norman Mailer and Breslin teamed up to run for mayor and City Council president in a wacky bid aimed at the incumbent mayor, John Lindsay. They lost.

Breslin also famously wrote an article in November 1963 for the New York Herald Tribune about one of the men responsible for preparing President Kennedy's grave at Arlington National Cemetery.

Chuck Schumer, the Democratic senator from New York, memorialized Breslin on Sunday as a champion of everyday people.

"The sidewalks of New York have lost a great one," Schumer said during his weekly press conference. "Long before 9/11 showed America how great the average New Yorker was, Breslin was doing it every day on the pages of New York's newspapers."

During an interview with CNN in 2013, Breslin offered his thoughts on on his career.

"You can get some work, some jobs that will bore you until you're dead," he said. "So you better look for something that's got a little tingle to it."

--CNN's Evan Simko-Bednarski and Anne Woolsey contributed to this report.