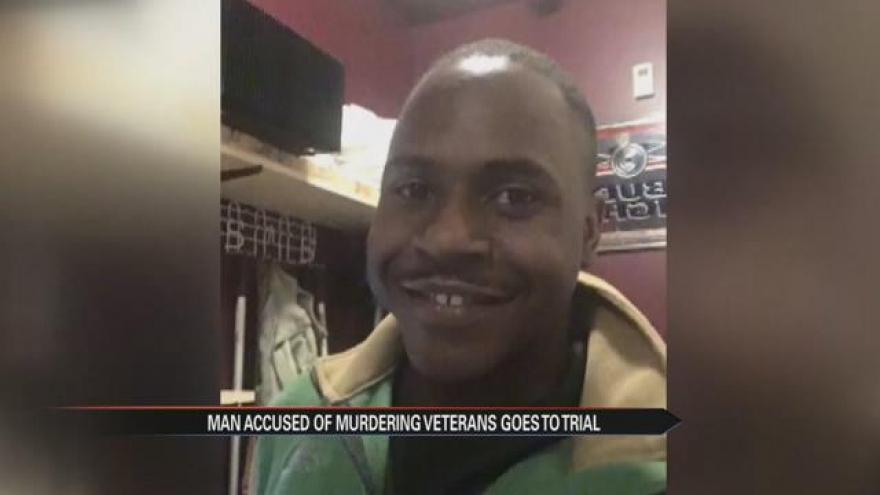 Jabreeh Davis-Martin appeared in his last court hearing Monday, before the trial set for February 27.

Families of both the victim and suspect were in the courtroom.

“I can’t rest until this case is rested,” Patricia Forrest, Henderson’s mother said.

Forrest feels Davis-Martin should admit to the murder, based on evidence already presented.

Charging documents allege Davis-Martin bragged about killing Henderson after Henderson confessed his love for him.

“You know what you did. Why are we going to trial?” Forrest said.

After he was killed, Henderson’s body was left on the side of a South Bend street.

Since Martin was charged with the crime, Henderson’s family has yet to miss a court date.

“I came all the way from New York for this little court, and for him to go to trial is actually like he’s boasting. Like he thinks he’s going to get away with something that god is not going to allow him to get away with,” Lucille Henderson-Benton, the victim’s sister said.

In the meantime, the victim’s family is still pushing for hate crime legislation in Indiana.

“His name will never go unnoticed or unrecognized because we will continue to fight for justice for Jodie,” Henderson-Benton said.

For the victim’s family, justice for Jodie will end with statewide legislation.

But it will start in a South Bend courtroom at the end of February.