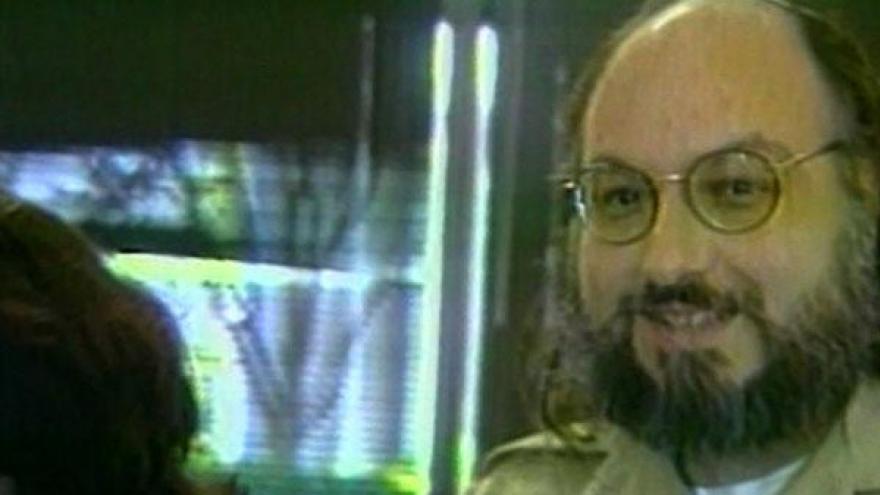 NEW YORK (CNN) -- As a Jewish-American teen moving to South Bend, Indiana, in the 1960s, Jonathan Pollard immediately struggled to fit in.

The family moved so his father, Morris Pollard, could take a job as a virologist at the University of Notre Dame. But the transition to the predominantly Christian community wasn't easy on the young Pollard.

He didn't know it then, but his need to connect and a growing commitment to Israel, combined with access to top-secret information, would turn him into one of the most notable spies to be convicted for passing information to Israel.

Now 61, Pollard has spent half of his life in prison.

Early Friday, he was released in North Carolina after serving 30 years.

But Pollard and his lawyers are challenging the conditions of his parole in a federal court in New York, calling them "unreasonable and unlawful," according to a statement released Friday.

His lawyers argue the Parole Commission has "imposed onerous and oppressive conditions of parole" including wearing an ankle monitor. Pollard has secured a job in the finance department of an investment firm in New York. The attorneys argue that the required "unfettered monitoring and inspection of [his] computers as well as those of any employer who chooses to hire him" is unfair.

Pollard's lawyers are asking the court to vacate those conditions of his parole.

Pollard described his life in Indiana as an "agonizing struggle between competing values," in a CIA report meant to assess the damage of his spying activities that was finally released to the public in 2012, 25 years after it was put together.

"I suddenly found myself confronting a community in which racism and bigotry were acceptable social practices," Pollard told investigators. "I was never able to establish friendships in my neighborhoods and was compelled to spend most of my time around the city's Hebrew Day School, where I felt at least physically safe and emotionally protected."

He left South Bend for college at Stanford University, and eventually became an intelligence research specialist at the Naval Ocean Surveillance Information Center in 1979.

That's where he was working when he was arrested in 1985.

At the time of his arrest, Pollard had clearance to access top-secret information as an intelligence specialist, and worked as an analyst who looked into terrorist activities and instability -- mainly in North America and the Caribbean.

His commitment to Israel had grown since he attended science camp as a teen. After years working in the Navy intelligence community, he felt that his colleagues had anti-Israel attitudes. That, he told investigators, is what influenced him to spy for Israel.

Pollard interacted with high-ranking Israeli intelligence officials and gave them several suitcases of classified documents on Israel's Arab adversaries and military support they received from the Soviet Union in the course of a year and a half. The CIA report said Pollard's case "has few parallels among known U.S. espionage cases" and that he had "put at risk important U.S. intelligence and foreign policy interests."

The Navy intelligence unit became suspicious of his actions in the fall of 1985, because he was handling large amounts of classified information that had nothing to do with the regions he was assigned to. He was confronted after being seen taking classified materials out of the building.

Three days later, he and his wife, Anne Henderson Pollard, were arrested outside of the Israeli Embassy in Washington after the embassy refused to accept their request for asylum, according to the CIA.

'Irrevocable damage has been done'

Pollard and the U.S. government agreed to a plea deal by which, if he and his then-wife cooperated, he would be spared a life sentence and she get less than 10 years.

But U.S. District Court Judge Aubrey Robinson rejected the plea deal, giving Pollard the maximum sentence, which in a federal cases is a mandatory minimum of 30 years.

Robinson cited the damage to U.S. national security caused by Pollard's leaks, as then-Defense Secretary Caspar Weinberger asserted in a classified memo to the court, according to the 1989 book "Territory of Lies," by CNN's Wolf Blitzer, who at the time was a correspondent for The Jerusalem Post.

In the memo, parts of which were later declassified and published in Blitzer's book, Weinberger said he sought to "dispel any presumption that disclosures to an ally are insignificant; to the contrary, substantial and irrevocable damage has been done to this nation."

The memo noted that many documents that Pollard gave Israel were originals that included details on sourcing and the identifications of U.S. agents abroad, potentially putting them at risk.

"Unauthorized disclosures to friendly powers may cause as great a harm to the national security as to hostile powers because, once the information is removed from secure control systems, there is no enforceable requirement nor any incentive to provide effective controls for its safekeeping," Weinberger's memo said, according to Blitzer's book.

"Moreover, it is more probable than not that the information will be used for unintended purposes," the memo continued. "Finally, such disclosures will tend to expose a larger picture of U.S. capabilities and knowledge, or lack thereof, than would be in the U.S. interest to reveal to another power, even to a friendly one."

Pollard: 'Emotions ... got the better of me'

Family members spoke publicly, calling Pollard's sentence unjust. His father, Morris, told CNN in a 1999 interview that his son's attorneys were denied access to evidence against Pollard because the information was classified.

"Of course he's guilty and should be punished," his father said. "But not for a life sentence. Because he was not indicted for anything commensurate with that."

Pollard did say he regretted his actions in an interview with Israel's TV 2 in 1998. He wishes he had moved to Israel to offer his help instead of resorting to spying.

"The decision I made was based on fear and concern...those were emotions that got the better of me," he said. "I should have come home rather than take the steps that I did."

An Orthodox Jew, Pollard has said that he gave the secrets to Israel because he wanted to help the Jewish state and felt it was wrong that the U.S. would keep valuable information from an ally. However, it emerged that he earned $1,500-$2,500 a month for his spying.

Closing the door on a tangled past

Pollard hoped when he was released he would be free to leave the United States and join his wife back in Israel, but President Barack Obama said he would not intervene with the parole ruling and allow him to leave the country.

After learning of his release in July, Pollard said through his lawyers that he "is looking forward to being reunited with his beloved wife Esther."

She spoke reporters in Jerusalem about her excitement regarding his release when it was announced.

"Jonathan has served his time right down to the very last day, to the very last minute," she said to reporters. "I'm relieved and I'm happy that our ordeal is finally coming to an end. I can hardly wait. I'm counting the days the hours the minutes the seconds until I can take him into my arms and we can close the door on the past behind us and begin to heal and to rebuild our lives."

His ex-wife, Anne, now lives in Israel, and posted to Facebook that she has prayed for his release.

"My life stopped that November day, when Jay and I were thrown out of the Israeli Embassy in Washington, D.C., into the awaiting arms of the FBI agents," she posted. "I have never forgotten the needless pain and suffering I experienced for years while I was incarcerated in U.S. prisons."

In the eyes of many Israelis and American Jews at the time, Pollard wanted to help a U.S. ally by providing Israel with intelligence information he believed the country should have. However, in an editorial published Thursday in Haaretz, Rabbi Eric Yoffie wrote that Pollard should not receive a "hero's welcome."

Yoffie, an influential figure in U.S. Reform Judaism, said "the key is to deal with it in a way that reflects what most American Jews are now feeling: unequivocal condemnation of Pollard's crimes and compassion for the broken man who committed them."

"The people of Israel welcome the release of Jonathan Pollard," Netanyahu said. "May this Sabbath bring Jonathan Pollard much joy and peace that will continue in the years and decades ahead."