J.R. Martinez to become a father 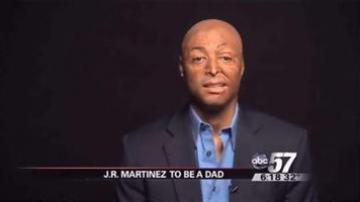 The baby girl is due next spring.

The couple met back in 2008, when Martinez starred on "All My Children". She was working as an assistant to the soap's executive producer.

Martinez beat out the competition, and took home the Mirror Ball Trophy on "Dancing with the Stars" last month.