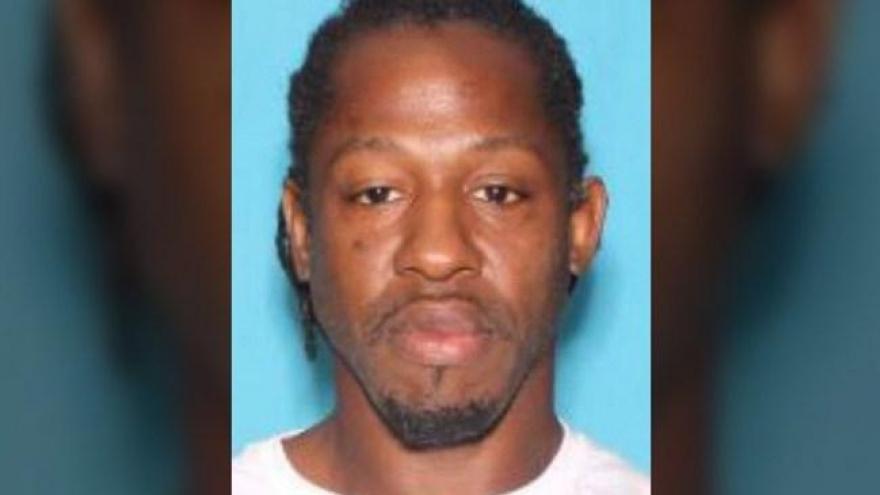 (CNN) -- The man accused of killing an Orlando police officer made his first court appearance on those charges Friday, repeatedly interrupting the judge who ordered him held without bond.

On Thursday, Markeith Loyd spouted profanities during his first appearance on charges he killed his pregnant ex-girlfriend, saying, "F--- you," to the same judge, CNN affiliate WFTV-TV in Orlando reported.

Loyd was captured Tuesday night in an abandoned house in Orlando after more than a month on the run. He is charged with killing Sade Dixon on December 13 and police Lt. Debra Clayton outside a Walmart on January 9.

Police night-vision video shows officers apprehending Loyd and two of them apparently kicking him. Orlando police Chief John Mina said Loyd did not follow orders to put his hands behind his back.

Police are investigating Loyd's allegations that officers beat him up. He appeared in court with a bandage over an eye.

Loyd's court appearance Friday was brief. He did not enter a plea to any of the charges against him.

"I ain't no Markeith Loyd," he said to Orange County Judge Jeanette Dejuras Bigney. "Who are you?"

He asked for her name several times and did not answer when asked twice whether he wanted a public defender. On Thursday, he told Bigney he had not resisted arrest and that he wanted to represent himself.