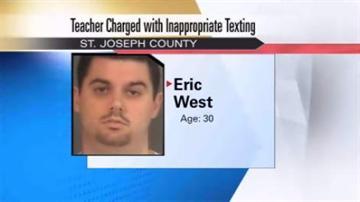 SOUTH BEND, Ind. — A judge ruled a defense request for more time in the case of a former Mishawaka teacher accused of sending inappropriate texts to a student.

They said he admitted to texting a 12-year-old girl. But he claims he did nothing inappropriate.

West is due back in court March 28.