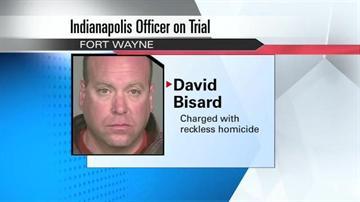 FORT WAYNE, Ind. — A judge in the trial of an Indianapolis police officer accused of driving drunk and causing a deadly accident reprimanded a metro police officer in court on Wednesday.

The judge said the officer had been sitting in the court for the past two weeks and sending summaries of testimonies out to the department.

Some of those people receiving those summaries are on the witness list.

He's accused of crashing his squad car into a group of motorcycles in 2010. That accident killed one and injured two others.